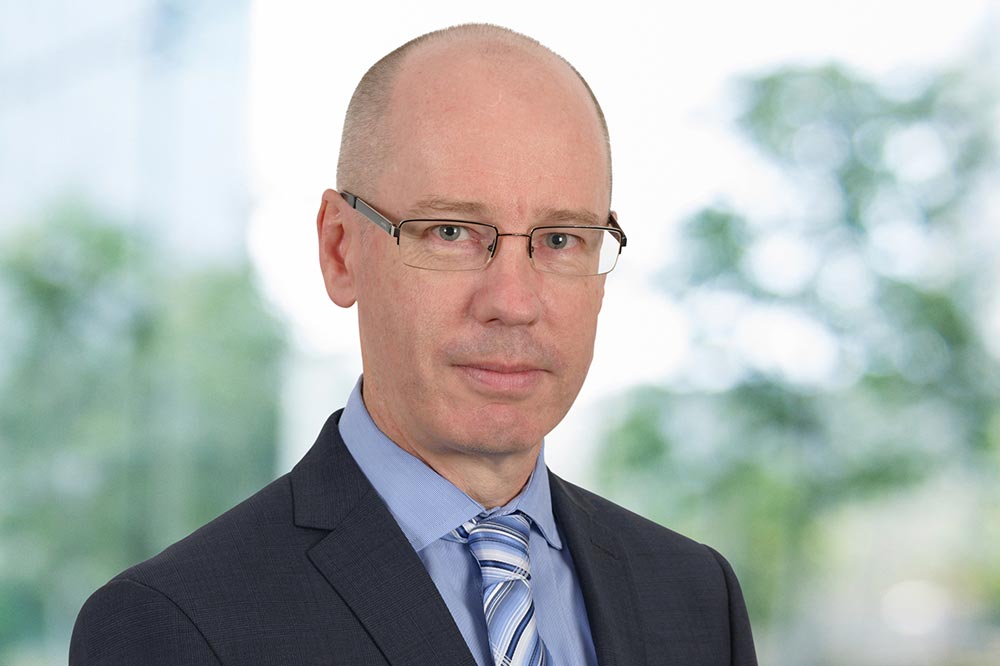 Steve Driscoll joined UrbanGrowth NSW in July 2004 and was appointed Head of CBD Projects in September 2016, where he is responsible for overseeing the delivery of several major projects within the urban transformation portfolio.

Steve has 25 years’ experience across the property and government sectors, working for state and local government organisations including Blacktown City Council, the Department of Planning and Environment and UrbanGrowth NSW. Steve’s most recent role was as General Manager, UrbanGrowth NSW Development Corporation. He has also previously worked in sustainability, project planning and town planning roles at a senior management level.

Steve has a Bachelor of Town Planning (Honours 1; University Medal) from the University of NSW.

In this 5 Minutes With…, Steve joins us to talk about the challenges in urban redevelopment, learning how to communicate better and what is the relationship state government needs to nurture with local government and the community.

A: Lots of things! If you want to be a leader in city of urban transformation, you need to be a good communicator. You need to be able to enunciate what are your aspirations and your vision is for a site. And be able to do that in a way which is meaningful to people. It’s very easy to talk about concepts in the abstract about public transport and great urban design, but in the end if only left at that level, they’re just abstracts. So they need to be personalised to the case in point. You need to refer to a site or a location that you’re working on. You need to be able to say what great urban design will actually deliver or resolve on the site, what better public transport will deliver.

You need the ability to resist the temptation to dive straight into the things that I’ve just talked about, which is the building component. You have to spend enough time thinking about what a thing needs to be, what contribution it makes to the city, what that contribution can be in the short term or the longer term. And importantly, how various funding streams from government or private sector could be leveraged to bring together the outcome that you envisage for the site.

But the bit that guarantees that you’ll be successful is when you start to think about what this place needs to be, and taking to account a wide range of opinions about that.

And to be successful, the third thing I would say is you need to be able to demonstrate that your ears are open and that you are listening to a wide range of stakeholders. And that’s the hardest thing to demonstrate because people are naturally skeptical that one group or another is getting more airtime or more influence in your thinking than others.

A: In the urban transformation part of the business, I’d argue the successful launch and release of the Parramatta Road Strategy, which demonstrates an ability to communicate a vision, not diving straight in, thinking really carefully about a place, and understanding what’s necessary in order to make a better place. The Parramatta Road Strategy took us over three years to pull together. Today it stands as our biggest public engagement program. We’ve literally spent hundreds of hours in front of councils, community groups, garden parties. We turned up anywhere to talk about Parramatta Road Strategy and listen to what people had to say. And the final plan as a result is a product of very deep involvement. The fact that lots of people have been trying to do a plan for Parramatta Road for about 15 or 20 years, depending on when you start your stopwatch, and the fact that we managed to do that involving 10 councils along the journey, and I think for those councils to be generally happy with most of what’s in that plan (it’s unusual for anyone to be completely happy with what’s in a plan), the fact that we’ve managed to do that in three-and-a-half years, I think is a singular achievement.

Q: Generally speaking, what are the main obstacles in transformation and development that UrbanGrowth NSW has faced and how can they be overcome?

A: I don’t think I’d be embarrassing anyone by saying that ‘joined-up thinking’ is sometimes difficult to achieve!

Bringing together disparate agencies and often different local councils, various resident representative groups in those councils, industry groups and associations – the only thing that all of those people agree on initially is that something has to change, but that is probably where the consensus ends.

If you ask them what needs to change, that is then when you start getting the diverging views that you need to bring together. So joined-up thinking, different agendas, however you care to characterise it – that I think is one of the biggest challenges.

The devilled issue of governance for this city in particular is a difficult issue at times to navigate. I think help is on the way with the Greater Sydney Commission and its plans that have been released, and it has no small part to play in all that. The Commission represents a new model for city governance.

And finally I guess, funding. Transformation costs money. Negotiating that territory, and who benefits more, is a very delicate discussion as well. And it’s one where you’ll get very different views depending on which stakeholders you might be talking to.

Q: As soon as you ask people to open their wallets, they tend to wince?

A: If you look at any major project where there are clear beneficiaries, the people observing from the outside say those beneficiaries should contribute something to the process. The beneficiaries will have a different view. And so how you fund it in a way that’s equitable and fair to all parties is really the final thing, because without funding in place, all you’re likely to do is make a start that you’ll never be able to finish.

Q: What kind of relationships have UrbanGrowth NSW had to foster with local government to achieve its goals?

A: A hand-in glove one really. Local government and communities in the end become the ultimate custodians of the places that we make with those councils, so thinking that we can just ride over the top of them and do what we like is a short road to failure because of the open spaces that you want to create will ultimately be owned and managed by the councils. So building something that doesn’t meet their requirements or ignoring specific requests or needs that they might have is just not going to be productive at all. So we need to work very closely with local government. We did that in Parramatta Road, it we can use that example. We co-opted local government people at critical times into our work team when we were getting down and doing quite detailed analysis.

Q: We hear a lot of stories about how overseas countries are ahead of Australia in terms of urban transformation, like they’re “greener, smarter, better planned, etc”. Is Australia, or NSW in particular need to catch up?

A: I think there’s a tendency for us to look elsewhere and say “elsewhere does it better”. And you can always learn from elsewhere, no doubt about that. That’s not to say we can’t learn from those overseas. That’s not to say there aren’t stellar examples that perhaps we don’t have the equivalent of here. But again, without wanting to be a shrinking violet, I would say those overseas countries have a history of having to do this. A lot of those overseas countries that we look at and admire like London were bombed to smithereens in the Second World War, so they had to do regeneration, otherwise it was a matter of life or death, literally for the city. They had to find a way to do all of that. Same with Berlin. So some of those great cities that we look at, we go “gee, they’re fabulous at doing this thing”. They might be, but I think they’ve had a bit more practice. And so that’s not to their disadvantage either.

Q: So Sydney’s population is rapidly growing, but is the rate of urban transformation keeping up with that growth?

A: There are probably demographers that would be able to give a more considered answer than I would be able to give you. What I can say is any analysis of the figures will show that when I started practicing as a town planner, about 80 per cent of Sydney’s growth was on the fringe. I would now say that probably 80 per cent of growth and development is occurring in the established areas of Sydney.

If it’s not 80 per cent, it would be awfully close to that figure. There’s been a massive swing in terms of where we are locating our people and where the patterns and rate of development are occurring.

Is it keeping up? I think the development industry and therefore the planning industry is market-led, so it will probably never entirely catch up. But has it adapted and responded to meet what is a clear preference being expressed to live closer to the city, where services and amenities and so forth are perhaps a different experience to living on the fringes.

Q: The NSW government has moved a lot of its offices westward to suburbs like Parramatta and Liverpool – what are the expectations of this helping the Western Suburbs economically?

A: The notion is that by moving those jobs closer to the geographic centre of Sydney, you’re moving them closer to where people live and I don’t think that principle is one that can really be argued against.

I think the more interesting one that’s emerging now in the commentary of the Greater Sydney Commission’s draft district plans is the fact that up until now, we’ve spoken about Sydney having two major centres, Parramatta and the CBD.

There’s now a third one being spoken about, a new development, and new city around the Western Sydney airport. We use the term “game changer” fairly liberally, but I think that is absolutely a game changer for how Sydney will function and what its future will be.