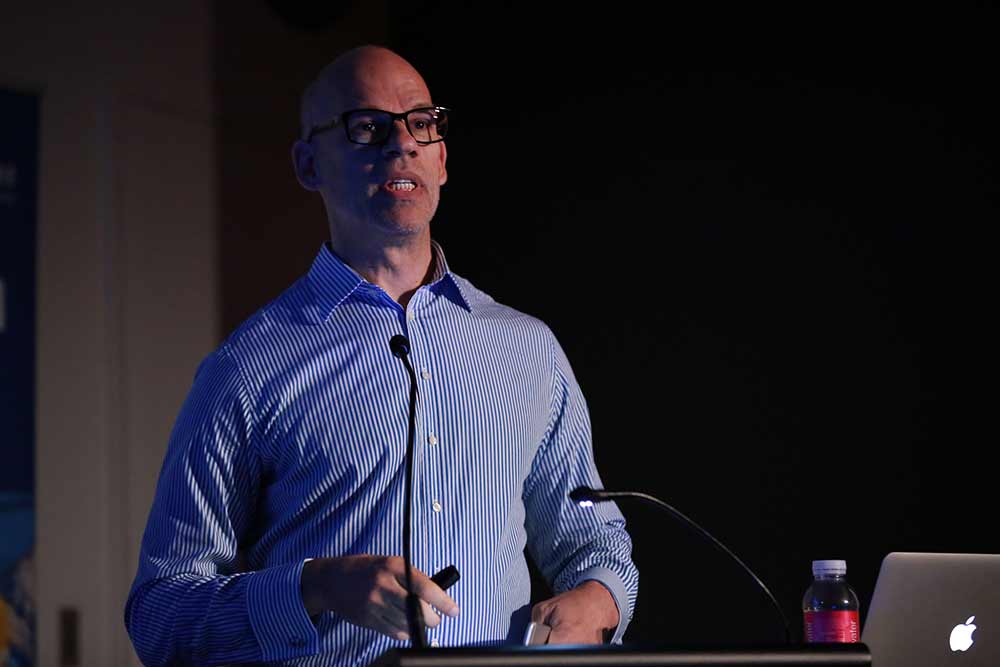 When Paul Shetler became the chief executive of the federal governmnent’s Digital Transformation Office in 2015, his goal was to radically alter the way citizens engage with government. Essentially his mandate was to make online interactions more like a shopfront – friendly, courteous, humanised, and ready to offer services.

After his job was done, the DTO went through its own transformations, so to speak, and was rebranded as the Digital Transformation Agency, which left Mr Shetler free to pursue other interests in the start-up space, which led to his current role at Stone & Chalk, where he liaises with start-up companies to improve their business game.

We at GovNews caught up with Mr Shetler to get a deeper look into what he’s up to and what he believes governments need to do in order to meet their social obligation to be the go-to sources for services to the public.

Q: What does your role as Expert in Residence at Stone & Chalk entail? How does it compare to your previous roles in government where you sought to alter the landscape of digital government services?

A: What I’m really about is joining start-ups with with corporates, so the most important thing a start-up can have, more than grants or anything else, is customers, and that’s important for many reasons, obviously cashflow, but also learning how to make the best possible product, so for those people buying them, you then have a test market. So joining up start-ups with corporates is pretty much what I’m focused on there, and there’s two parts to that, one is working with the start-ups directly and I do a fair amount of coaching in terms of their pitches, in terms of how they’re going as a business, and then also working directly with corporates.

Q: It’s hard not to acknowledge that you’ve stood as one of the Australian government’s top digital gurus, how strong was your influence in creating changes that enable better user experiences from online government services? What’s your legacy in that arena?

A: I think the legacy in that arena is a few things. First of all, let’s look at what we delivered – six service transformations and five government platforms. We also brought back the idea that the government can be and should be responsible for the services it delivers. Until then, there was a fair amount of reasons, dependency, outsiders do all the heavy lifting for us, and although that may be justified in a lot of cases, the problem is knowing what the users actually need and designing the right products for them, that has to be owned by governments. And I think that’s pretty much successful. We’ve also got a large number of communities across the Australian government, practitioners, designers, developers, product managers, delivery managers, and so forth in the government that didn’t exist before. So the development of a national digital delivery capability in government is a thing that I’m proudest of.

Q: How far does the government need to continue going to achieve a greater and more convenient digital experience people interacting with online services?

A: I think it has a long way to go, just as pretty much every brownfield organisation has a long way to go.. One of the things I like to tell people at conferences and things I write is that although they may not quite realise it, the ground has shifted under their feet. There are far too many places in government where we have six month release cycles, so we’re not actually learning in real time, we’re not actually adapting in real time, we’re just building up a huge amount of stuff that we then release every six months and hope it all works. Sometimes it does, sometimes it doesn’t. There is no clean and easy way of fixing it when it doesn’t because the changes to make are too big. You haven’t made a small bunch of incremental changes that you can roll back. So I think for government to start operating like what it’s being compared to in terms of service, your Ubers and so on, it needs to work the same way, and we’re nowhere near there yet. So it’s quite a long way for government to still go.

Q: Related to the start-up field, do you feel that there’s more pressure on governments now to abandon high profile, large corporations as contractors, and instead look to SMEs and start-ups as alternatives, particularly in ICT projects?

A: I don’t think they’re under pressure to abandon larger vendors because they have their place, I’ve worked for some large ones like Microsoft, Oracle and Swift, so I know the value that they’re providing in certain circumstances. But I do think government does benefit when it’s able to harness the innovation, ideas, energy, quality and speed that’s coming from these start-up ecosystems. One of the things that would be really great would be greater government support, and by that I don’t mean grants, I mean actually using the services and software that come out of that, so that we can build up a small and civic tech and gov tech industry like they have in some other countries like the UK and Singapore. We should try to keep pace.

Q: Is the public sector in competition with the private sector to win the interest of jobseekers who might be more attracted to the working style of private companies? If so, how can the public sector market itself better to attract more talent?

A: When you’re undergoing digital transformation, it’s not just the way you present yourself to the outside world. It’s also the way you’re organised internally, it’s the way your processes work, it’s the way you evaluate people and what they do, it’s the way that teams work together, it’s the role of management. I think the public sector just needs to learn from what’s happening on the outside. It’s a very top-down, cold, bureaucratic way of working that doesn’t appeal to many people. And we need good talent in the public sector. We need top talent, because the public sector is so incredibly important. We need the best people working in it. And to do that, we need a public sector that’s attractive to the best people. So a part of it is that the public sector needs to look at the way it works internally and adopt some of what we’re seeing in other companies in terms of the ways that teams work, the ways that teams are funded, the way that governing works, all of which is lighter, faster, more nimble, less prohibiting, more willing to experiment, less willing to blame, than what we see now. That’s massively important. The other thing is I don’t believe that it’s about pay, public servants in Australia aren’t badly paid. Secondly, we were able to recruit some great talent to the DTO, not on the basis of pay, but on the basis of our social mission – the fact that what we were doing was so important, and frankly more important than selling fizzy water, was appealing to a lot of great people, and that’s something that the public sector has going for it, and it will always have going for it. But it needs an improvement in the way that it works internally.

Q: Any tips or frank advice for anyone entering the digital field in government?

A: Never allow what you see around you in the public sector seem normal. Never accept that the bureaucracy and the ways of working are just normal or natural – because they’re not! The second you do, you become a lot less useful. You have to always maintain a critical view, try to maintain the fresh eyes that you have when you first come in. When you first come in and you look around and you say “oh my god, why do we do things this way?” – you should keep that. That’s valuable. That’s what makes you fresh.