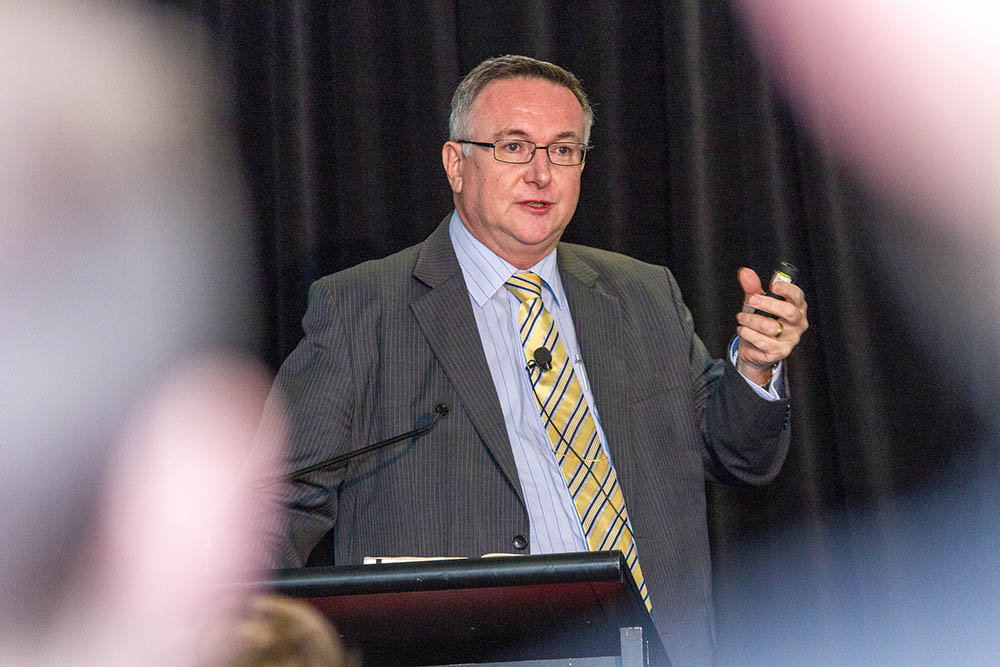 One of the big questions about the ongoing transition to digital online services is what’s local government doing about it? That’s what GovNews talked about with Research Director Public Sector Kevin Noonan, from leading technology analyst firm Ovum.

Mr Noonan gave a comprehensive presentation to Ovum’s Public Sector Series on 26th May, 2015 in Sydney, where he discussed how digital government can drive greater agility and innovation.

In this edition of 5 Minutes With…, GovNews discusses with Mr Noonan about how local government needs to rethink its approach to managing legacy technology while it’s under increasing budgetary constraints, as well as how it should map its strategies around the ‘digital citizen’.

Q: If you spoke to someone in the public sector in 2015 who’s starting a digital initiative of any kind, what advice would you give them?

A: There’s some similarities to the advice that I’m giving to the banks at the moment that there are special customers that you have and they are the ones that tend to deal with government the most. Traditionally they’ve had all the attention, but really we’ve talked about that a lot. The next is the mid-tier customers are really the ones that consume most of the services. And really, that’s the sweet spot for government because you can have a personal relationship with those using technology. We can provide personalised services. We can tend to their needs in a much deeper way than we do today in simple transactions. We can start to solve problems for citizens simply by focusing a lot more on concentrating the efforts of government on the citizen rather than just transactions and services.

Q: What are the challenges for local governments in how they change their processes in new ICT implementation?

A: The biggest challenge I think is not so much the application of technology but the change in attitudes. Today, every citizen is a digital citizen. Citizens turn up with their smartphones and they expect to have services that are available to them. The challenge for us is that on one hand, we can just assume that just means putting a whole lot of transactions online – and that’s bad. The other is assuming that every problem can be solved by an app. Some problems are just bad suit for an app. Why would you bother having an app for something that a citizen will only talk to government once a year? So we’re really needing to think deeply about the needs of the citizen and work backwards, rather than saying we have a system and let’s see how to release it.

Q: Are apps becoming a band-aid solution for governments?

A: Yes they are. They’re being seen as “app equals digital”. When in fact that’s not true at all. Apps are a great way to collect services and put a functional front-end to less usable systems. However, a bad app is a bad app no matter how you dress it up. So the challenge is more to put far more effort into understanding the needs of citizens irrespective of how the government is structured, and then starting to meet those needs in a functional way. Sometimes an app is the solution. Sometimes it’s through a website and there are many other ways of solving that problem. But the challenge today is to focus on a ‘digital citizen’ as opposed to a ‘consumer of apps’.

Q: Does local government have any catching up to do or is it leading the charge in digital technology as part of its modernisation strategy?

A: Like most governments, there are leaders and laggers. Those who have begun down the path and are focusing on the citizen are finding that it’s not necessarily costing them more money. Sometimes by being innovative, you can save money. So this can create win-win situations.

Q: With councils under budgetary problems like cost-shifting and rate capping, are they under more pressure to go for cheaper solutions?

A: Cheaper solutions are always tantalisingly obvious. Cheaper solutions can in fact be bad. If I could give an example of cost shifting – cost shifting can be good or bad. You put a cheap solution in, and the cost pops out somewhere else. It either means more pain and effort for the citizen or it means that more manual work or it means more IT problems down the track. Good cost shifting is when you move work out to the citizen to do on their mobile device when they gain value from it as well. So we’re shifting costs out to the citizen, but they actually see both cost and value so others win. We need to think of value for money not as just a simple formula but as a triple bottom line. It’s costs for IT, costs for the council and costs for the citizen. And if you get that formula right, everybody wins.

Q: Is government more prone to the “cheap IT is good IT” attitude? If so, how can it change that attitude?

A: Unfortunately, if you look at the last ten years, “cheap IT equals good IT” has been the mantra. Government agencies have been told to do more with less, which essentially means pedal faster. Unfortunately, doing more with less just translates into doing less with less, because there is a limit to what you can do. The challenge for us is to do better.

Q: If a government rethinks its legacy strategy, where can its savings be reallocated?

A: I suppose the first question is to make sure they are real savings on legacy. Sometimes we’re really just sweeping a few things under the rug and we’re not getting the real savings we need on legacy. Once we make some savings, the real investment area is to start from the point of the citizen and work backwards. A number of governments, including the UK are starting with strategies of integrated services for citizens across government departments. That’s very good. And in fact it’s an excellent starting point because it gives everybody in government a place of focus. The challenge for us is for a long time, we’ve been told that “cheap equals good” and that we need to focus on “the business”, which is code for “fellow internal staff members” and “IT services our fellow internal staff members”. However, bureaucracy to support bureaucracy has no long term value. Ultimately, bureaucracy is there to support the citizen. That’s the end of the story.

Q: What Australian governments do you think have been doing a good job in their digital strategies?

A: I think in Australia we’re at the very beginning of a long path, pretty much for everybody. So it’s too early to call winners. But there are a number of government agencies that are setting out quite well. The transport departments are pretty much universally doing quite well in opening up their data and allowing the private sector and members of the public to come up with better ways of using that data such as time tables. I think star performers are emergency services, and that’s purely because Australia has so many emergencies. We can guarantee that something will go wrong at around Christmas every year. Emergency services have worked out long ago that simply by pouring more money onto the problem, we’re not going to solve it. So we’ve now started to use terms like “building citizen resilience” and finding ways where citizens can help themselves. Applications like Fires Near Me, things like that, where citizens are able to help themselves in times of emergency is really showing the way to the future for a number of government departments.