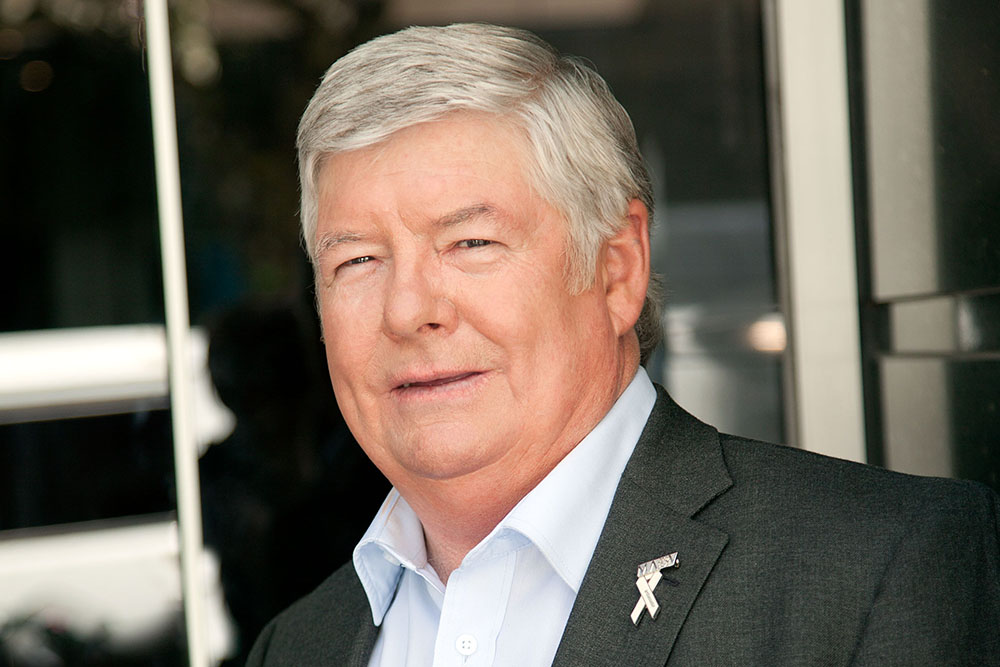 As local governments in Australia have been striving to deliver the most efficient services possible to their communities, they are constantly under pressure to do more with less. That’s the theme in GovNews‘ latest 5 Minutes With… interview with Councillor Bill McArthur, who not only serves as an elected member of Victoria’s Golden Plains Shire, but also as President of the Municipal Association of Victoria (MAV).

In this edition, Mr McArthur provides a frank insight into how his commitment to local government has significantly made him a leading voice in the sector. He talks candidly about the challenges that local government faces, including financial sustainability, fluctuating populations, limited resources, and how to overcome these hurdles through innovation and creative thinking.

Q: If you were to advise anyone wanting to stand for council, what would you say?

A: If people wanted to run for their council and represent their local community, I would urge them to really have a good look at what they would be entering into. There are a number of ways of doing that. At the MAV, we run sessions for people wanting to run for their council. So they get an idea that the single-issue person runs into terrible trouble. Single-issues sometimes become too hard once you’re elected. They need to have a broad view.

You’d want to have the ideal of representing your community, not just your private interests. I think when I first looked at running for local government, I was living in an area where there were very few community facilities and very few options for younger people. That’s been my focus at nearly a quarter of a century in local government now.

Q: What are your greatest influences since first being elected to local government?

A: There has been a variety of influences since first being elected. Certainly the greatest influence has been the fact that I’ve been able to take on or use certain leaders within local government as a role model. I think the greatest influences have been some of those people, not only elected but also senior officers within local government and being able to pick their brains around some of the issues and some of the problem solving. It’s been a peer group influence using networks to progress my ideas and progress the ideas on behalf of my community.

Q: What’s the biggest challenge you’ve faced since being elected?

A: I think my first term prior to amalgamation was the learning curve and it was fairly steep and not being afraid to speak out on behalf of my community. Unless you voice your community concerns, you never get them addressed. There have been a number of challenges since being elected, which has been the challenge after restructure of the new model of local government as more of a business unit. But it was also a challenge at that time to make sure the community focus wasn’t lost and the community ownership was re-established in the new entities.

That was a really big challenge and within Golden Plains Shire, we overcame that challenge of re-engaging our community by developing what has been one of the leading community planning processes in local government. So we’ve been able to develop 20-odd community plans within our small municipality, which has given the people a voice. It has enabled them to voice their concerns. It’s also enabled them to re-establish community ownership of their new entity and their Shire. And it’s also taught them to advocate on behalf of their own community because it’s not always the local shire that can solve their problems. I think it was a real challenge in developing a model like that, around the perceived authority of the elected representatives and certainly it was an empowerment process for the elected people as well it was for their community.

If you know what your community’s thinking and know exactly what they want, you can deliver on some of that and not be controlled by it, but certainly deliver on it. Then you’ve got a much happier community.

Q: What achievement are you most proud of?

A: One of my proudest achievements has been the long term representation of my community and the fact that they had the confidence to re-elect me over a number of years. And then of course, there was the achievement of becoming the mayor of my own municipality.

There’s also been the achievement of a better way of providing some of the community infrastructure and services that the community needed and desired. We brought doctors back into Smythesdale, which was an old Gold Rush town. To bring doctors in this day and age into this kind of municipality is a real challenge and a real achievement.

Part of those achievements is keeping pace with the growing municipality – we’re situated between two of the biggest rural centres in Victoria – Geelong and Ballarat. So we are growing, and certainly some of the achievements around managing that growth have been quite significant.

Q: How would you reflect on the difference that you’ve made in your community and local government in general?

A: It’s the provision of a range of human services to the community has made a difference because we are a small rural community that’s quite unique. Within my municipality, we don’t have a hospital, we don’t have a secondary school, so that’s made things a real challenge to deal with young people, because we don’t lose them when they go to uni, we lose them when they go to secondary school.

But with the co-location of our facilities into one area, your dollar goes much further than if you have to split your dollar out into 20 different locations. In a town, your dollar doesn’t go very far at all. It also gives the community ownership of community structures a lot more weight because they’re concentrated in one area, so that’s the single biggest difference we’ve made in the way that we’re building our municipality.

It’s also empowering the people through community planning processes and I think that’s made a tremendous difference to giving the community a voice.

Q: Does it take generations for those changes to feel tangible for people?

A: I’ve been around now for a couple of decades anyway, and you see that changing trend and it becomes more noticeable as you go. We’ve concentrated on the presentation of our townships, so there’s local pride that we haven’t neglected our rural areas and the road network. And now we’re starting to get comments from people passing through that “you’ve a lovely little township”.

I think it is all about community ownership and providing an incentive where community activities can take place, whether it be sport or other needs from the youngest through your maternal child health through your older citizens’ activities.

Q: What are the biggest challenges facing local government at the moment?

A: Here in Victoria, there are a number of challenges.

I think the whole sustainability question around local government is a good one. We’ve got a government that has a policy to constrain the revenue raising activities of local government in general, so there are certainly a number of challenges there where we have to become more innovative and much more efficient.

We know the other levels of government are also struggling with their finances with the lack of money that’s available to them, so again the biggest challenges are the sustainability in the sector, managing the shrinking assistance from other levels of government. And certainly with that challenge, it’s also retaining the services that our communities need and want. Also to maintain our infrastructure which is a community asset. Particularly in the rural areas where the impacts are really being felt around the freeze in indexation of the Financial Assistance Grants from the federal level.

There’s also the challenge of being able to maintain your services and your infrastructure, where in the rural areas, quite often you’ve got large areas, long links of road, a decline in population, so less and less people to share the burden of maintaining their area.

Q: What is being done to overcome these challenges?

A: This is where my role at the MAV comes into play. We’re looking more into the shared services model for local government and the shared back-of-house services with a number of councils, rather than everyone doing their own thing.

We’ve been able to introduce a new bond for local government, which is a borrowing vehicle, so we can offer them really good rates to be able to borrow to provide the infrastructure they need. We can get better interest rates, therefore the ability to fund some of those projects in the future, because it’s intergenerational, so you quite often need to spend over a number of years, rather than wait until you save up and find the infrastructure. It’s a bit late for one generation.

Also, we’re now about to launch a self-insurance scheme around Workcover for local government in Victoria, so again there are major savings and improvements to be made around Workcover, so there are a number of things that we’re working on with government to improve the way we do business.