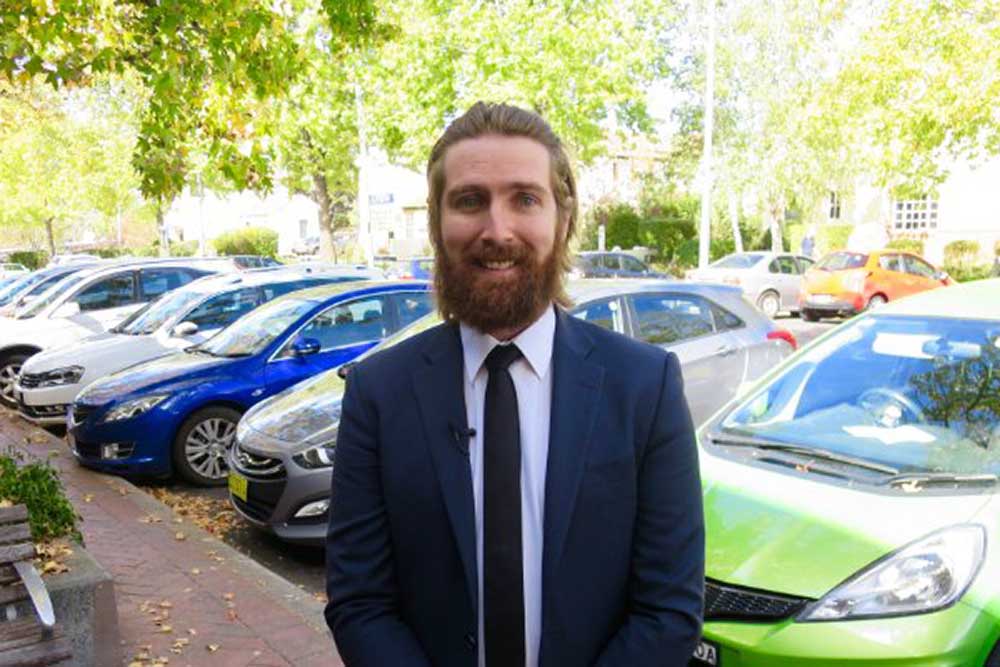 In one of the most important ongoing developments in how cities deliver their services, some of the nation’s top gurus in digital city creation are at the forefront in helping to reformat their cities or towns to become more convenient to the end-user.

That’s where Brook Dixon sees the most important element in smart cities, as he passionately speaks about with GovNews in this edition of 5 Minutes With.

Mr Dixon, who is a senior executive of the ACT Government, leading the government’s smart city, smart regulation and digital service innovation agendas, strongly believes that the key to a good smart city strategy is to put people first, and ensure that citizens are the ones to benefit from a robust smart city strategy.

Here, he talks about what governments should be doing to create more digitally friendly environments, clears some of the noise and hype over smart cities, and how federal intervention can be a huge benefit to helping councils develop strategies and become more competitive.

Q: Are you able to give a short preview of what you’ll be talking about at the Cities 4.0 summit this week?

In essence for me at Cities 4.0, I’ll be talking about what Canberra has done to put itself at the forefront of smart cities in Australia, and we’ve got some fantastic leadership from our Chief Minister, Andrew Barr. He’s a big believer in digital and smart cities. I’ll be talking about our achievements. I’ll also be talking about my Winston Churchill Smart Cities Fellowship tour of the world last year. I went to eleven leading cities from around the world, saw what they were doing on the digital and smart cities front, and I’ve got ten critical lessons and a few interesting thoughts and concepts and ideas to get the crowd going to apply some of the forward thinking and successful projects from overseas.

Q: How did you come to be in your role in the ACT government? And how has it developed since you started?

Our successive chief ministers have had a very strong focus on digital. I think Canberra’s always proven we can punch above our weight. I was part of the central policy team and that added onto my central policy agenda, digital transformation and digital city development. We developed the Digital Canberra plan four years ago now, and since then it’s evolved and it has momentum. We’ve done things like Australia’s Biggest Wi-Fi Network and smart parking, we’re in the middle of a smart street lighting upgrade right now. It has grown and evolved.

Q: What challenges do you face on a daily basis? How hard is it for governments to keep up with citizen demands for more digital services?

There’s a range of challenges there. The first is not just for the ACT but more broadly, it’s that if you’re doing digital, you really have to put people at the centre of it, and you need to ensure that the digital services you’re delivering are meaningful to the community and provide a good user experience. That’s one of the biggest challenges for all of us, particularly with digital because we don’t just want to create new apps and new noise. We want to provide services that improve their experience of the city, make things easier and provide economic opportunities. The second challenge is you can’t just throw technology at a city and think it will stick. It can be difficult and challenging for all of us when we have institutions and regulations that may not be quite up to date with current technology and business models, etc. But again, in the ACT, we’ve shown real leadership on that front.

Q: Some people out there might be a bit behind what it means for a city to actually be a “smart city” or a “digital city”, some of these people might have concerns about privacy, where is all their data going, etc. – would you be able to explain to those people in simple terms what a smart city is and maybe help alleviate their fears and anxieties of the unknown?

Smart City terminology has been thrown around everywhere. Indeed it’s used for many definitions in different circumstances. For me, ‘smart city’ is really about the application of technology and smart thinking and smart policy in ways that make our cities more livable, more creative, more productive and more sustainable. That might seem like a trite definition, but at essence, it’s what we need to do if we want to be a smart city. And it can be anything from when you put fences in the ground at your parking areas so that we have real-time information about parking, so that citizens don’t have to circle around looking for somewhere to park their cars. We all know the statistics particularly in busy business areas that up to 30 per cent of the congestion is simply people looking for a car park. We can use technology to alleviate those sorts of situations to make it easier for people to do business and to go about their daily lives and to interact with the city. That’s a win-win for everyone. And that truly is a smart city.

Q: What have been some of the mistakes in creating a smart city that have been done in the past and should be avoided in the future?

From my travels around the world and what I’ve seen here in Australia, the number one thing the best cities do is they put people at the centre and they ensure they have a smart city strategy in place. That’s important because there are simply so many possibilities out there, unless you’re clear about what your community wants and needs, unless you’re clear as a government, council or a city about what your priorities are, then too easily are we led down technological and shiny product pathways that don’t deliver the biggest benefits for the community and that end up costing more money than we need to spend on a smart city initiative. Now, two mistakes that cities or councils make is that they don’t put citizens first and they don’t have a strategic plan in place to create their smart or digital city.

Q: What are the potential consequences of not having those strategies in place?

For example, when you’re deciding to upgrade your streetlights, we would all like to upgrade our streetlights to LED because it’s much more energy efficient, it saves money for our budget, and saves greenhouse gas emissions. If you go and do that without thinking about the smart city consequences, then you could end up in a situation where you’re upgrading the streetlights without thinking about what smart city infrastructure you can include on your street pole. When you have a plan or a strategy in place, any time when one of these opportunities comes up to upgrade streetlights, you’ll not only get outcomes by changing to LED, you’ve put smart controllers on them, and you’ve also opened possibilities to laying out other smart city infrastructure and platforms, from Internet of Things (IoT) to environmental monitoring, so security monitoring, etc., because you had a plan in place, you know what’s important to your citizens, and when you see opportunities to upgrade your streetlights, you’ll be able to integrate smart city opportunities rather than forget about them and have to do them down the track at a higher cost.

Q: We’ve reported a lot on the federal government’s Smart Cities and Suburbs Program – how is this helping to revolutionise local governments that desperately need a shot in the arm to progress in this area?

I’m very positive and optimistic about the federal government’s involvement. I think it’s fantastic that they are showing leadership and they’re putting money on the table. I think the two biggest areas that I can see possibilities here for cities and councils from across Australia is firstly, the federal government has begun to raise awareness. Every council from around Australia is now well aware of the opportunities for smart and digital cities, and is starting to get involved in programs that the federal government is running, such as what the Australian Smart Communities Association is doing to raise awareness and maturity. That’s a critical part of Angus Taylor’s platform. Secondly, it really drives home the point that councils need a smart city plan or a strategy in place. It’s going to be very difficult for councils to seek funding if they can’t demonstrate that the proposal they’re putting forward is part of a broader strategy framework that they’ve got to transform their city, their council and their region and ensure they’re driving forward with sensible technological projects and innovations.