5 Minutes With… Chief Architect at Municipality of Jerusalem, Ofer Manor 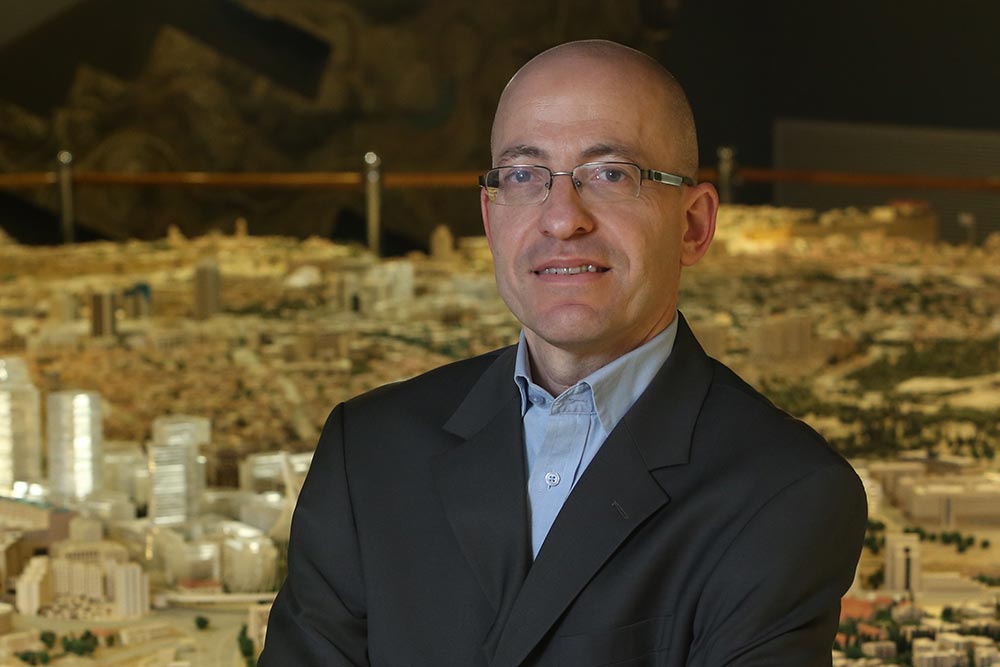 In this 5 Minutes With…, GovNews sits one-on-one with a visiting fellow from the nation of Israel, Ofer Manor, Chief Architect at Jerusalem Municipality, who we met at the Light Rail 2016 conference in Melbourne from Informa.

Mr Manor plays a key role in forging urban development, preservation and design policies for the city and in directing their implementation. He oversees the design of flagship public sector developments and regulates the design of Jerusalem’s public realm, the crux of his activity lying in the interface between urban design and transportation.

Q: From what you’ve observed in your visit to Australia, what are the big differences in transport between Melbourne and Jerusalem?

A: Well comparing Jerusalem to Melbourne, I think that Melbourne has a rich history of trams, which is decades old, and the city is reintroducing and revitalising its existing heritage of light rail. In opposition to that, Jerusalem doesn’t have that tradition with light rail at all. When we introduced the first line in 2011, it was not only the first in Jerusalem, it was the first in Israel. So we had to learn everything from scratch. We don’t have the tradition at home, and we actually had to look overseas, particularly to European cities, especially in France, to get our inspiration.

Q: What have been the biggest challenges you’ve faced in designing, building, maintaining and operating a light rail system in what is really an ancient city with so much history?

A: The challenges are predominantly focused on introducing it into the city centre, because as you go out to the suburbs, it’s slightly easier, but once we entered into the city centre, there were many problems relating both to the historic fabric to the archaeological findings, but also to contentions of business owners and store keepers, about the consequences of the period of installing the light rail, they were very concerned. In fact, their concerns were justified because in effect, the time it took to introduce the light rail again into the central part of Jerusalem took even longer than what we expected. So rather than taking three or four years, it took six years. It didn’t add so much in costs, but just a lot of frustration for both the public and the storekeepers and the business owners.

Q: Israel has had an understandable focus on security, particularly in transport, so what measures do authorities take to ensure that safety is maintained?

A: That’s the question I’m often asked! The first thing to remember is that light rail is not very different from I’d say a bus system or any other public transport or mass transit system. It’s not as if we have many options. What we’ve done is adopt many of the security measures that we’ve been integrating for decades in our predominantly bus network to the light rail, and it’s actually a little bit easier to do it in a light rail because it’s much easier to monitor the train station or the light rail station rather than the bus stations. We have a lot of monitoring. And we also have more physical measures, for instance, bulletproof trains, bulletproof windows, etc.

Q: In regards to challenges to building a light rail and potential clashes with local businesses, since its installation, what have been the economic benefits?

A: We don’t have too much hard data on that, but definitely anybody who comes to Jerusalem today can see the change that is happening in the city centre from the point of view of business development. So definitely, we have a multitude of cranes on the skyline, and we have developments that have been restored for about a decade. For the last five years, we’ve had a lot of building and development. You do feel a new dynamic in the real estate surroundings of the city area.

Q: What unique technical innovations can Jerusalem boast about in its light rail transport network?

A: I’m not sure if it’s innovative, but it would stretch the limits with respect to the inclines in which the light rail can travel because Jerusalem is a very hilly city. The innovation lies predominantly in the synergy we created between the introduction of the light rail as a purely transport-oriented mass-transit system, and the regeneration of the city centre. The interface materialised in the upgrading of the light rail corridor as well as adjacent CBD streets, transforming the public realm of our centre into an inviting, pedestrian friendly precinct which, in turn, ushered in new private developments and retrofitting and upscaling of existing businesses.