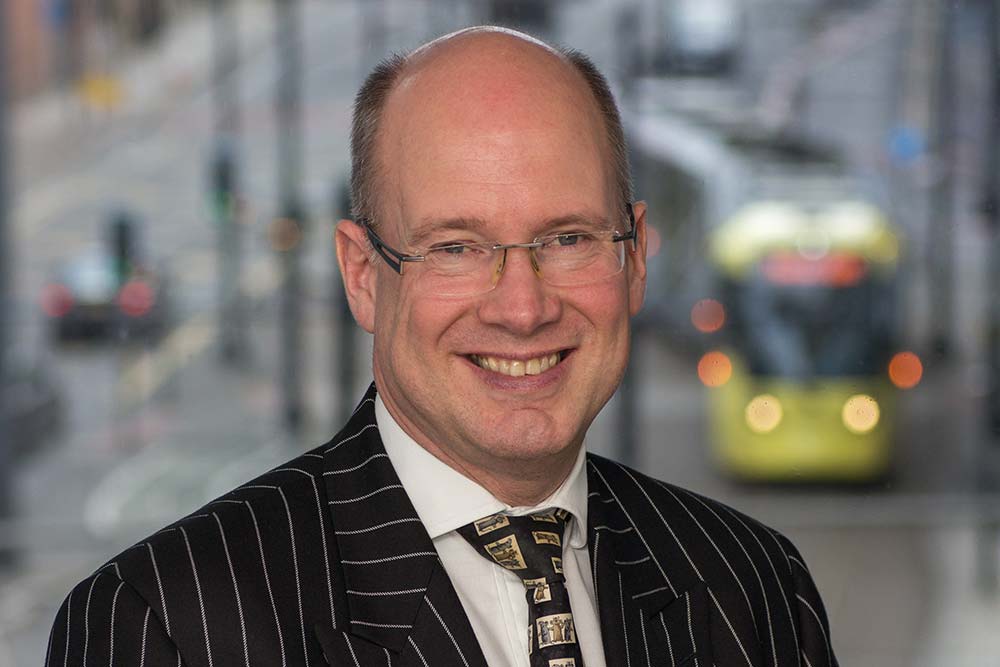 As part of our series of interviews with key professionals in the transport space, GovNews takes an international view from afar in our talk with Transport for Greater Manchester chief executive Dr Jon Lamonte.

Dr Lamonte traveled a long way from the United Kingdom to see what how far Melbourne has come in its light rail and tram development, as he gave a talk to Informa’s Light Rail 2016 conference in February.

Q: As a visitor, what’s been your impression of light rail and trams in Melbourne, compared to what you’re used to in Greater Manchester?

A: I didn’t have a clue how advanced the network was, how close some of the stops were, the number of stops, the variety of different tram types, which is something that’s very different. And until I came to the conference, I hadn’t realised just what the level of subsidy was, which again is something very different to the UK. I think just to see how this place works – got my Myki card, been out there, used it, used the system. To see the free trams in the city centre is another interesting dimension. So quite a few differences to what I’m used to in the UK.

Q: Does Greater Manchester have anything similar to the Myki or the Opal card?

A: Well we’re moving in that direction. We had an issue with trying to get ourselves on a smart ticketing system. And we turned around a contract with a supplier. But actually that gave us an opportunity because one of the things we found was that smart cards in themselves may not be the long term answer. So we’ve got ourselves a smart app now that you can get on your phone. We’ve got all our products and our annual tickets now on an app, so you can go and buy it and it’s just a flash pass that you show a ticket inspector that you’ve paid for your ticket. And people like that. It’s a good way to go. All our concessionary travel for the old or the young, they have a smart card that they can use to validate, and that’s out there now. But where we’re going is more onto ‘contactless’, so that means using your bank card as a tap-on/tap-off, that’s the direction that we’re going. And then, longer term account-based products, because that’s what we see the market as moving toward. Those are the things we’re trying to move to.

Q: So moving from a card to a smart phone or a contactless system, is that a system that would be unique to Greater Manchester?

A: No it’s more about giving passengers choice. What you find I think is increasingly everyone’s got a mobile phone, everyone’s got apps and they want to be able to use those sorts of things. They don’t necessarily want to pay at a stop, they want to pay well before they actually get to the system itself, so giving them an option to do that is a way through. We’ve seen other places in Europe that have done this, where actually the take-up of mobile phone ticketing is vastly in excess of anything they have seen from anything else. So we’re looking at that with contactless – that’s taken 20 per cent of the market in London. So we think that’s another thing where if people want it, why shouldn’t we provide it? So things like Apple Pay, Google Wallet, all those sorts of things. We need to move with what people want and what their experiences are.

Q: The big benefit to the passenger is eliminating the risk of being late for your ride – is that part of the goal?

A: Yes, it’s incredibly frustrating. We want to get away from that if we can. So we’ve still got that at the moment, and there still will be a case of people who want to ride at a tramstop where they want to pay for their ticket in cash – so maybe we’ve got to provide that for some while to come. But ultimately, we’re moving to a smarter world.

Q: Any surveying done to find out the demographics of those who still want to pay for their ticket in a traditional way?

A: We have the regular focus groups. We have customer surveys and we find out what people want. And nationally, we have an organisation called Transport Focus, which is an independent body, paid for by the government, that actually looks at what customers want in all modes of transport. So we have a lot of information about what people are telling us they want. We’re also very keen on looking at demographics, because we’ve got a particular demographic in our area with a lot of working class folk. Not necessarily with mobile phones. Many of them don’t necessarily have bank accounts. They liked paying in cash. That’s what they’re used to. So we need to reflect that as well. We’re trying to cater to everyone’s needs.

Q: How does your city distinguish itself from what’s been done in London?

A: London’s got a particularly dynamic system. I’ve worked there, I know it well, and I’m from London. So I know how that organisation works. And there you’ve got 8.6 million people, due to be 10 million by 2030, and the backbone of their transport network is still the bus. But also because of the volumes of people that travel each day, you’ve got a metro system that I think is still the envy of the world. So light rail, which is what they have in South London, are particular add-ons for particular circumstance. Manchester is a different case in point, where 2.7 million will be three million by about 2030. We don’t have the density that London’s got. We tune our transport responses to the demands that are out there. And for us, light rail, in terms of a tram system, works just fine.