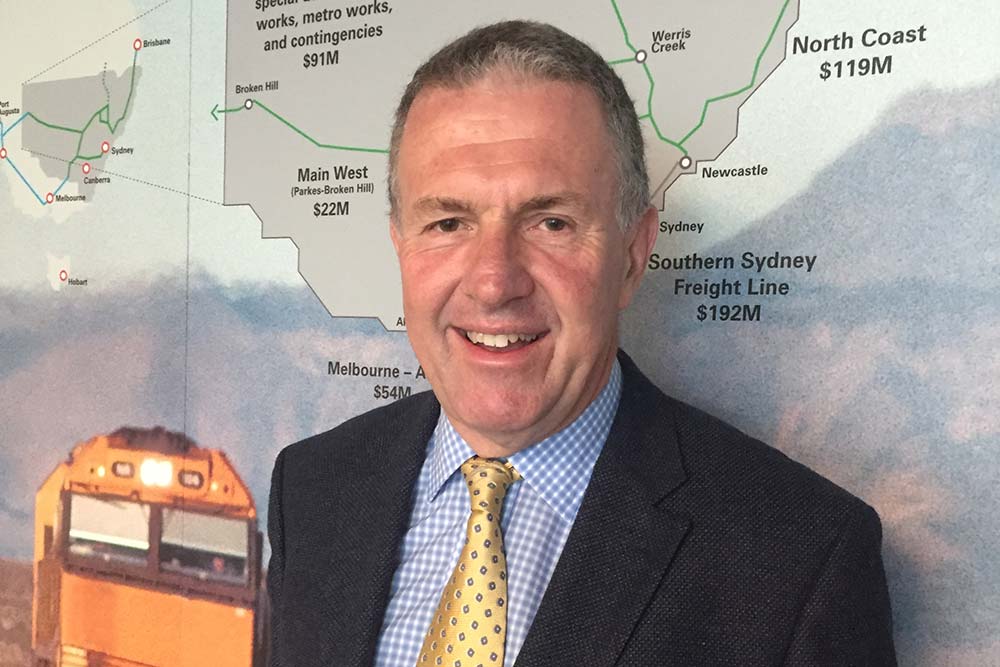 In this 5 Minutes With… post, GovNews talks with the chief executive officer of the Australasian Railway Association (ARA), focusing on light rail infrastructure. We had a chance to talk with Mr Broad at Informa’s Light Rail 2016 conference in Melbourne.

Mr Broad heads the peak body for rail in Australia and New Zealand, and is responsible for all facets of the Association’s activities, including policy and advocacy, membership growth and the implementation of the ARA’s strategic vision.

Q: Australia’s been developing a bit of a love affair with light rail, with Sydney extensions, Melbourne trams, new rollouts in Adelaide, Canberra, Gold Coast, Sunshine Coast, etc. – where does it all end?

A: It’s actually going full circle! In the presentation I gave this morning, we talked about in Brisbane, Sydney and Adelaide in the 1900s, there were hundreds of kilometres of track in Brisbane, Sydney and Adelaide. And over time, I think the 1960s and 1970s, it got ripped up or tarred over. In fact, in Brisbane, they had 199km of track. In Sydney, 290km of track, all gone. However, buses and cars were then introduced. And of course there’s a lot of space for them then. Now with congestion on the roads, there has to be another solution. You’re got Infrastructure Australia coming out with predictions of growth of population in the capital cities. Brisbane, Sydney, Melbourne and Perth, just escalating something like six million more people in the next 15 years. So unless we find other solutions for movement in and out of the cities, congestion will just become worse.

Q: One of the big predictions made by infrastructure experts is that cities are nearing capacity and are at risk of choking in their transport arteries by the 2030s.

A: That’s one of the outcomes from the Infrastructure Australia report. The report says there is this backlog of infrastructure Australia-wide. Both in cities and regionally. And there needs to be an approach by all governments or parties to ask what are the priorities, where are the business cases in terms of what are the most important projects to go ahead and then committing to those, committing to a long term pipeline. And that’s not only in rail, but in other infrastructure requirements, so that we’re looking ahead to where we’re going to be in 15 years, what the population’s going to be, how we’re going to address that. What’s the supply chain for freight and passengers? How are we going to address that?

Q: In recent times, light rail has been built and expanded in CBDs, but with more suburban expansion, how is light rail going to be a potential public transport solution for those areas?

A: I think it’s more a fully integrated transport solution. Not just talking about light rail, but talking about how with heavy rail, light rail, buses and ferries, they’re relevant. How that provides the solution for transport, whether it’s in the middle of the city or out in the suburbs. It’s not just one particular solution. I think it’s a fully integrated solution. And it takes a lot of that long-term planning or looking at where are the population growth centres going to be, and what’s the demographic in terms of age and then need? And then with that in mind, determine what is the best transport solution to, first of all, get more cars off the road and make the public transport system much more suitable out into all those sectors, but it won’t just be light rail – it needs to be a combination thereof.

Q: Then there’s places like the outer suburbs of metropolitan areas – are there any big plans for new public transport in those areas?

A: Certainly with respect to Parramatta, there is a project on the drawing board. Parramatta is the next major CBD. The light rail pathway that they have determined linked in with the buses and so forth, will provide longer term public transport needs for that region. But it all takes time. That project – just the light rail project for Parramatta is estimated to be in place by 2018, it’s a long way away. But it takes time. In the Infrastructure Australia reports, they talked about the need for long term planning. Not just talking about “let’s pick a project and do it”, but “let’s look at the needs long term? Determine what are the priorities, therefore what are the projects we should go ahead with, and the order thereof”.

Q: There are difficulties in securing and quarantining a light rail corridor in an established and developed area – how can this be overcome?

A: Locking away pathways is certainly a good long term plan. For example, up on the Sunshine Coast in Queensland, there’s a huge interest in the community for light rail. But it’s some years away. So at the moment the council is looking at what is the best pathway to lock that away so that when the time comes, plans are in place, finances are available, and the corridor is already determined. And we’d recommend that in other areas where there is a demand long term.