By The Conversation June, 2017 Infrastructure
No Comments 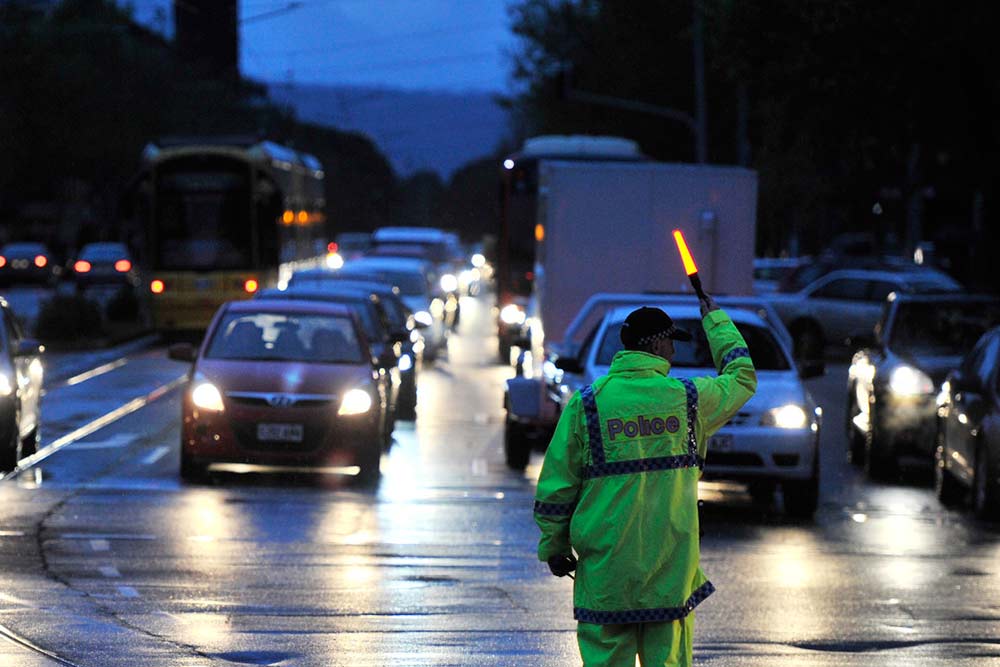 The 2016 storm that blacked out South Australia had everyone talking about a critical infrastructure failure. David Mariuz/AAP

This is the first article in our series Making Cities Work. It considers the problems of providing critical infrastructure and how we might produce the innovations and reforms needed to meet 21st-century needs and challenges.

Our cities and regions depend on the critical nodes and arteries that together comprise urban infrastructure systems. This includes energy, food, water, sewerage and communications.

The positioning of critical infrastructure is crucial to our understanding of the world we live in and how we see ourselves. It’s our means of survival as Homo urbanis.

This means key questions around critical infrastructure need to be better considered. How is it critical, when and for whom?

Beyond espionage, sabotage and coercion

Critical infrastructure has received much attention in recent years. The reasons include concerns about exposure to terrorist attack, disruption by disasters, rising awareness of the interdependent nature of urban infrastructure, and changes in ownership and responsibility for infrastructure assets.

… those physical facilities, supply chains, information technologies and communication networks which, if destroyed, degraded or rendered unavailable for an extended period, would significantly impact on the social or economic wellbeing of the nation or affect Australia’s ability to conduct national defence and ensure national security.

This definition expands traditional thinking to include network and information infrastructure. However, the emphasis is on national security and defence issues such as espionage, sabotage and coercion. Infrastructure is defined as critical on the basis of what is at threat should it be destroyed or disabled, and how much that matters.

Yet what is critical about critical infrastructure is not just a matter of national security threats. It is also the key linkages between this infrastructure and human and environmental system vulnerability, integrity and equity.

Experiences of critical infrastructure are not equal, but highly contingent on political and economic priorities, influence and opportunity.

Critical how and for whom?

When securing urban infrastructure, the focus is on whom or what is being secured – and from what.

Any issue is capable of securitisation which involves casting the security issue as a threat that calls for emergency measures. But security for whom? From what threats? By what means? And at what cost?

The ownership patterns of infrastructure of all kinds have changed rapidly in recent years. This has left questions of responsibility unresolved. An example is the ownership versus service provision arrangements for the supply and distribution of catchment water resources.

Alongside the need for improved service quality, cost efficiencies, variety and choice, a growing trend towards highly uneven and inequitable community and environmental outcomes demands our attention.

How critical infrastructure is defined influences which stakeholders are deemed to have a role or responsibility in protecting it.

In South Australia, a severe thunderstorm blacked out the state in 2016. The resulting political finger-pointing distracted attention from the real issues of risk and responsibility in delivering electricity to the community.

Critical when and at what scale?

The scale question leads us to consider assets not normally included as critical infrastructure. An example is the vital role of natural ecosystems in our long-term economic and social welfare. Natural or semi-natural water catchments are in many places the sole source of water for towns and cities.

However, maintaining the integrity of these water supplies has largely ignored the importance of the catchment itself in providing much-needed filtering and treatment of that water. The contamination of Canberra’s water supply, following the 2003 bushfires in the Cotter River catchment, was unprecedented in redefining what is critical infrastructure.

An alternative to a national security approach to critical infrastructure involves a complementary focus on the local scale. Local access to food, for instance, can be seen as critical. The Australian Food Sovereignty Alliance argues for community-scale urban food policies and practices.

In 2001, foot and mouth disease broke out in the UK. The crisis exposed individuals’ vulnerability to increasingly integrated, global food supply chains. That underscores the merits of social and environmental policy at local government level.

Big assets and sudden events are at one level defensible as a prime focus. But this approach is limited by a traditional framing of critical infrastructure and a bias towards certain timeframes.

Decisions on resources, priorities and effort inevitably involve scale-dependent judgements. These judgements should be defined by the nature of the impacts: one-off or cumulative; human or nature-oriented; fast or slow onset.

For example, local infrastructure – minor roads, flood buffers, bridge culverts and so on – is critical for society to function. Yet it is not well catered for in policy. Local government capacity to provide and manage infrastructure is limited. And varying interpretations of scale and criticality shape the funding debate.

Critical infrastructure networks shape and sustain our cities and regions. But they also expose communities to a range of threats. These include natural disasters, terrorism, peak oil and climate change.

So how do we decide what is critical and what is not? To arrive at an answer we must consider not only physical or informational assets, but the inclusion/exclusion of communities, places and values.

How can we better recognise and integrate natural ecosystems as critical to human survival and flourishing? How do we do this amid infrastructure privatisation and securitisation? And where are the points of resistance and pathways for alternative action?

We need to be more imaginative about critical urban infrastructure. A better, more sustainable approach needs to:

This article draws on a research paper by the authors in a new special issue of the international journal, Urban Policy and Research, on critical urban infrastructure. You can read other published articles in our series here.

This article was originally published on The Conversation. Read the original article.