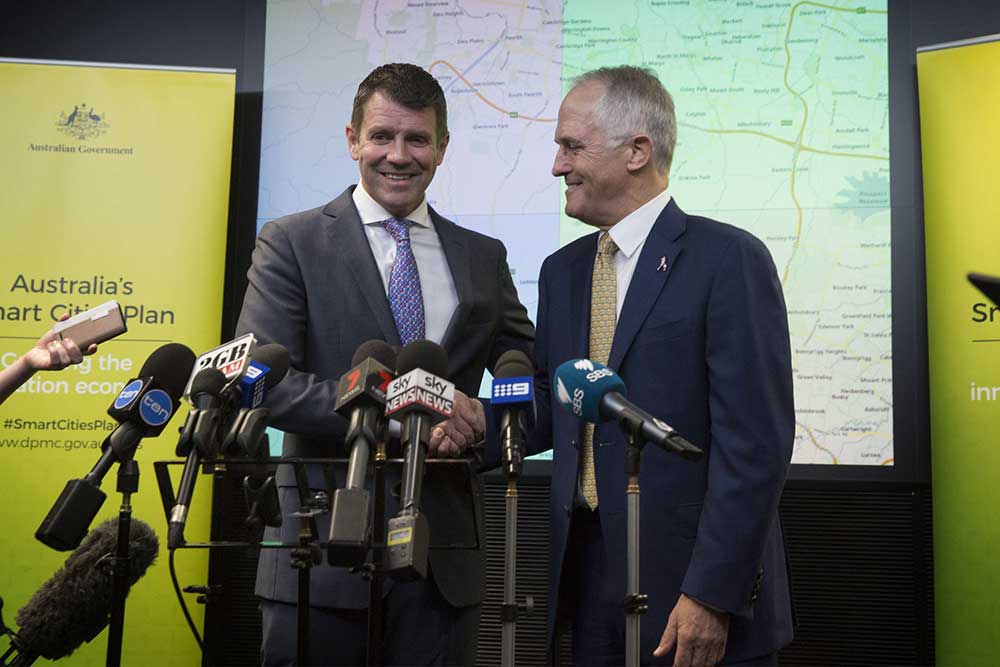 Denizens of Sydney’s outerwest and southwest have often felt left out of the conversation over the last few decades, except for maybe election time when state and federal parties descend upon the outer suburbs for an aggressive push for votes to boost their margin of seats in Parliament.

It’s a vote-rich region packed with diverse culture and economic participants from many different levels, but the people living and working out there have been complaining for years about crumbling infrastructure, urban decay, youth unemployment, and fractured infrastructure that’s incapable of transporting the growing workforce from their homes to the Sydney CBD.

Consequently, the Commonwealth and the New South Wales government have lent particular attention to Western Sydney that goes beyond the usual perennial pandering often seen at election time.

The region has emerged as a significant part of the conversation at high profile infrastructure, as industry experts forecast doom and gloom for Western Sydney and the transport arteries with the CBD in the 2030s unless something is done about it.

Since the election of the NSW Coalition government in 2011, there has been a renewed push for not only better infrastructure in Western Sydney, but also to decentralise Sydney by moving government offices that have traditionally resided in the CBD and migrate them to outer suburbs such as Parramatta and Liverpool.

Western Sydney’s fortunes became clearer when NSW Premier Mike Baird and then Prime Minister Tony Abbott formally announced that the Badgerys Creek airport would finally be constructed, which is expected to lead to significant growth in the local economy.

According to the federal government, construction of the airport will generate $1.9 billion for the local economy, with a further $400 million across the rest of Sydney. An expected 9,000 jobs will be created by the Western Sydney Airport by the early 2030s and a further 60,000 jobs in the coming decades.

And now the latest push from the state and federal governments has come in the form of the first ‘City Deal’ for NSW, a plan to deliver almost 100,000 jobs, more housing and better transport for outer Western Sydney.

In a joint announcement from Mr Baird and Prime Minister Malcolm Turnbull in October 2016, it was called the ‘nation’s largest ever planning and investment partnership’.

Between the Premier and the PM, it was an agreement to deliver City Deal across the state, with a Memorandum of Understanding setting out how the two tiers of government will make the state’s cities, metropolitan and regional, more liveable for the communities and businesses they serve.

A joint release from Mr Baird and Mr Turnbull said the Western Sydney City Deal provides a model for these future deals, and “will drive a new economy in the emerging Western City that incorporates the areas immediately around the Western Sydney Airport, and the broader region”.

And those jobs created through the construction of the new airport? They will be in aviation related services, but also in sectors like security, education and training, catering, retail, warehousing, administration, communications and ICT.

The government also expects that rapid growth in health, education, and in logistics and advanced manufacturing in outer Western Sydney and southwest Sydney, “offers great potential for new job precincts”.

In a region where the population is expected to reach 1.4 million people by 2036, the government will use the City Deal to help build the additional 180,000 new homes and create the new jobs required to support this population growth.

“We will leverage our investments and use the strength of coordination across governments and the private sector to achieve these targets,” the state and federal governments said in a joint statement.

And those who have been grouchy about the colossal amount of time it can take to reach the CBD from Western Sydney suburbs, the big vision in the City Deals is to make Western Sydney an “exemplar 30-minute city”.

Essentially that means the government wants to attract the 30 per cent of workers who currently commute for work to jobs closer to home.

But it doesn’t end with this announcement, the state and federal governments are pushing for “strong collaboration” across governments, councils, the private sector and local communities.

This includes a mayoral roundtable, comprising of representatives from all local governments in the west and southwestern districts of Western Sydney.