‘Squishy stuff’ the secret to innovation in Boston 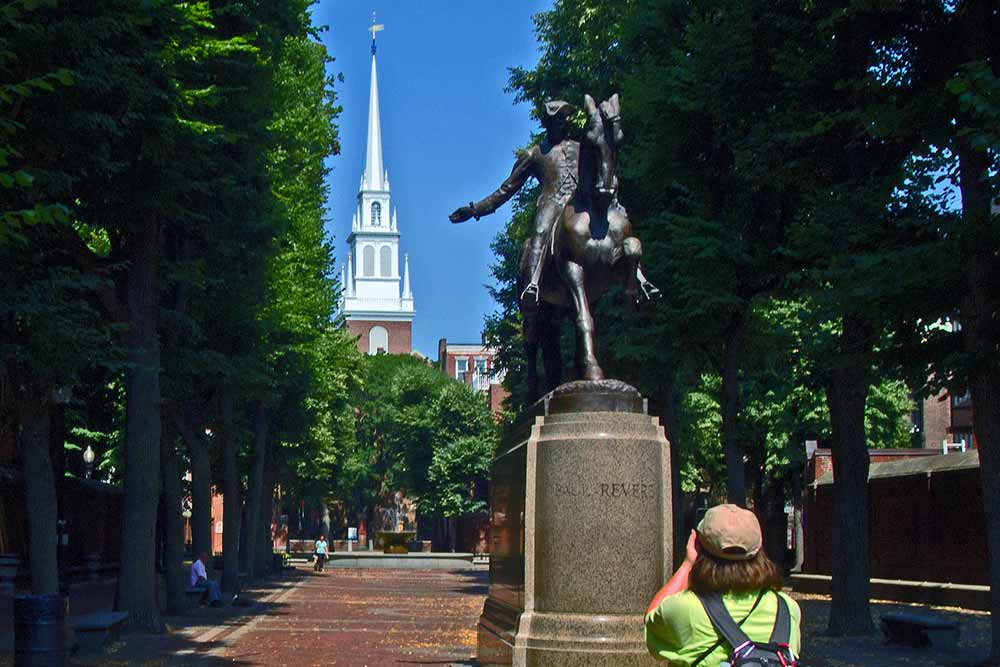 Paul Revere’s infamous alert to the colonial militia, immortalised in Boston, but you’ll never believe what else one of the oldest cities in the US has to offer. Image: charlieg23

For governments looking to turn their urban areas into the high-productivity innovation ecosystems of the future, the key might just be the “squishy stuff.”

And it might also be the key to future growth in the innovation economy in local government areas in Western Sydney.

The “squishy stuff” — the networking infrastructure that fosters collaboration and creativity in an urban area — is one of the key strengths of the US city of Boston, according to a case study produced by the Future Cities Collaborative at the University of Sydney.

Titled Growing the Australian Innovation Economy, the case study reports on findings from a recent exchange program initiated by the Collaborative that enabled Australian councils to tour key urban locations in the United States, including Boston.

“The ‘squishy stuff’ refers to the networking infrastructure of the innovation ecosystem that connects people and provides a virtual guide and support network to nurture ideas into companies,” the case study says.

It highlights as examples “entrepreneur meetings; events hosted at incubators, accelerators and start-ups; networks of mentors and peers willing to offer advice; and a range of other facilitating and supporting activities.”

“The squishy stuff is the vital connective tissue that binds the elements of a successful innovation ecosystem together,” says Sandy Burgoyne, a co-author of the report and director of the Collaborative. “As a mature ecosystem it was very evident in Boston.”

Among the projects in Boston designed to foster the “squishy stuff” are District Hall, a civic meeting place in the South Boston waterfront district; MassChallenge, a start-up accelerator in the docklands district; and the Roxbury Innovation Center, a combination innovation hub and community centre.

“Boston is fascinating!” Burgyone says. “District Hall, being the world’s first innovation centre, is the beating heart and the physical representation of the squishy stuff, in that it is where many of the meet-ups occur, bringing unicorns and bright-eyed start ups , and everyone in between together.”

According to the Collaborative’s case study, government at the city, state, and federal levels has helped catalyse and facilitate the growth of innovation in the area. Boston is particularly helped by the density of universities within the Greater Boston area, as well as its world-leading research institutions.

“The City of Boston was instrumental in its development — having the foresight and determination to work with the Boston Redevelopment Authority and developers to find a temporary (five year) location,” Burgoyne says. “Boston’s seaport innovation centre rose from the ground around it.”

Meanwhile, the city’s innovative spirit is further roused by MassChallenge, which the Collaborative report says addresses “the seed-stage investment gap to empower novice entrepreneurs, and provide entrepreneurs with educational opportunities.”

The MassChallenge program provides four months of co-working space, mentors, and opportunities to entrepreneurs, ultimately giving one winning team a cash prize for their business.

Another development is the Roxbury Innovation Center, run by the Venture Café Foundation as a non-profit in a traditionally working-class part of the city. The Center focuses on equipping local residents with new skills to permit them to succeed in the innovation economy.

So what can Australian governments learn from this?

“For local and state governments in Australia,” Burgoyne says, “the first and vital step is to recognise that this curation and soft infrastructure is an essential ingredient of the innovation ecosystem.”

Western Sydney is one location benefiting from these ideas.

“As a part of the recent innovation workshop, led by the Future Cities Collaborative, key actors in Western Sydney mapped the innovation assets in key precincts including the elements to support the connection between the assets — the squishy stuff,” Burgoyne says.

“All of which is the beginnings of accelerating the innovation economy in Western Sydney.”