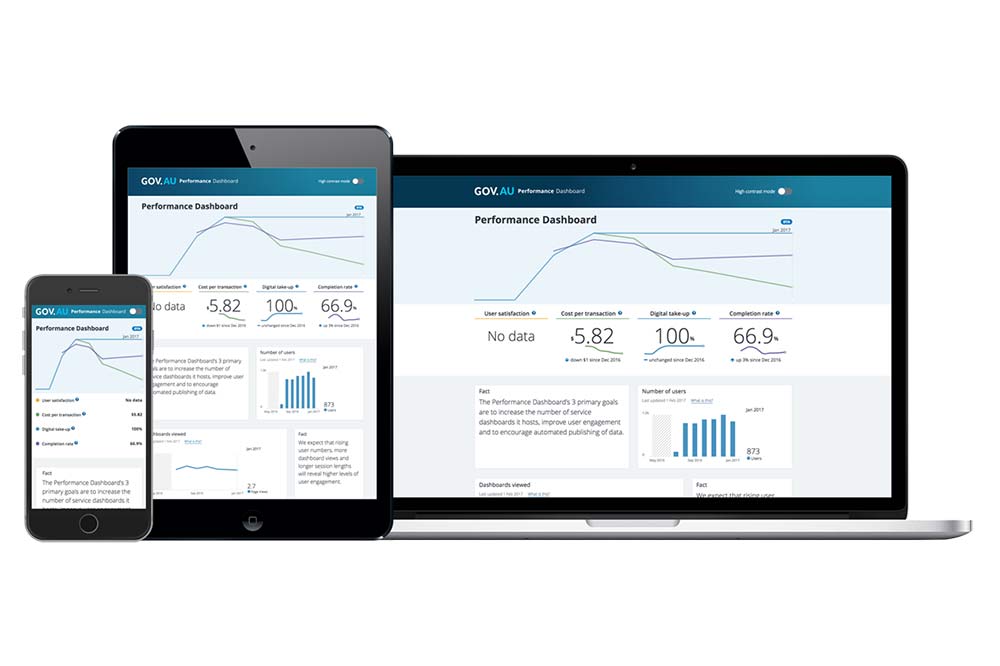 The Dashboard has been established as a portal for government agencies to publicly report how their services are performing once they’ve reached public beta phase.

It was developed by the DTA last year in its Digital Service Standard, which now requires government agencies to report their service progress.

DTA interim chief executive officer Nerida O’Loughlin said the dashboard itself had undergone a beta assessment to ensure it was meeting the standards.

“We built the Performance Dashboard for the sole purpose of giving government agencies somewhere to show the public how well their services are meeting user needs,” Ms O’Loughlin said.

“It is a good example of the Australian Government’s commitment to the digital transformation agenda and to delivering better and simpler digital services to the Australian public.

“As the agency responsible for leading the digital transformation work, we need to make sure our platforms are also measuring up against the service standard.”

The DTA is the first agency to publish its cost-per-transaction metric on the Performance Dashboard. The metric shows how much it costs government to deliver a successful transaction.

The DTA described a “transaction” as a user’s journey through a government service from start to finish, such as booking an appointment and physically attending the appointment.

According to the DTA, it is calculated by considering what it costs an agency to operate the service effectively, including the labour or man hours needed to support the transaction. It can factor in ongoing operational and maintenance work, information or data updates, and supporting services such as call centres and shop fronts.

Ms O’Loughlin said measuring costs per transaction allowed agencies to set a baseline and monitor the changes over time as improvements were made to the product or service.

The DTA’s transaction cost for the dashboard currently sits at $5.82. It is expected this will fall as more agencies published their service dashboards, more people visited the site, as processes become more streamlined and as data updating became automated.

The DTA aims to reduce the cost per transaction to under $3 within the next 12 months and to less than $2 within 24 months.