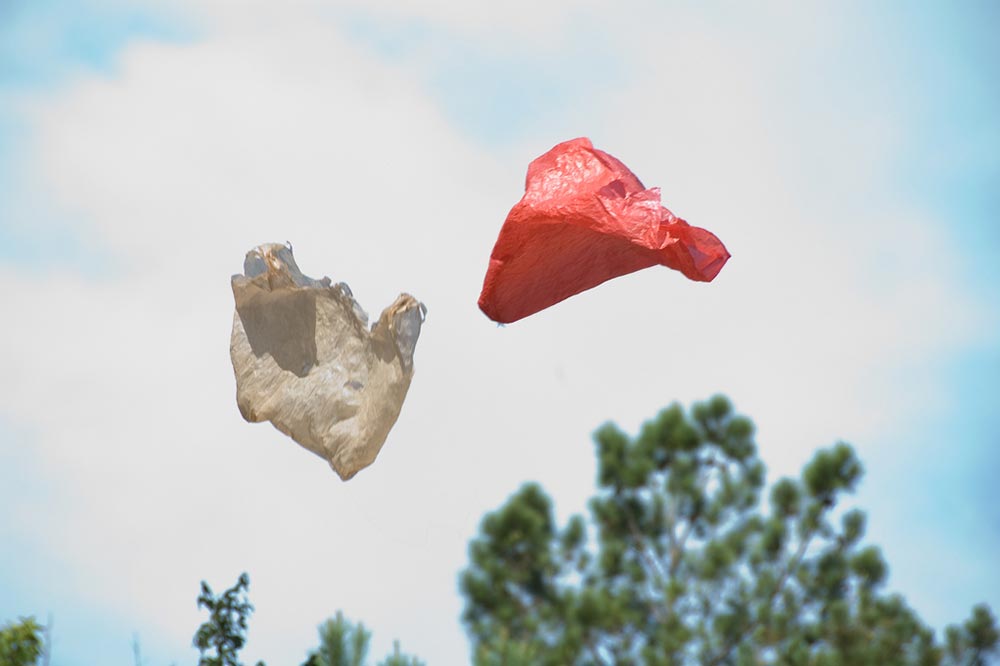 Up, up, and away. How governments are treating the beloved grocery holder, whose dark side is environmental damage. Image: Ars Electronica

If you’ve seen American filmmaker Ramin Bahrani’s short film Plastic Bag, a story about a grocery store bag’s (voiced by German filmmaker Werner Herzog) “relationship” with its owner and its subsequent journey after being disposed as rubbish, you might want to reach out to the billions of other bags that are about to get a heartbreaking rejection from governments in Australia.

In a joint announcement between the New South Wales, Queensland and Victorian governments, a steering group has been established to examine practical solutions to the damage caused by plastic bags to the environment.

The roundtable was established to understand the extent of the problem and to identify the gaps and successes in what is already being done in other jurisdictions.

And due to their non-biodegradable structure, they pose a significant threat to the natural environment when disposed in such huge quantities that they are, as approximately seven to eight billion plastic bags are consumed nationally each year – that’s about 30 to 50 million littered annually in Australia.

The big problem that governments face in this environmental matter is that these bags contribute to litter, consume large amounts of raw materials to manufacture and contaminate recycling streams.

A Federal Senate inquiry hearing also put a spotlight on the significant risk plastic bags pose to the environment, particularly marine life because of the billions of pieces of visible plastic in Australian waters.

“Doing what we can to save turtles, dugongs, dolphins and fish from suffocation or plastic ingestion, is a no brainer,” Dr Miles said.

He said plastic bags are often used once, “maybe twice”, but have a long lasting effect on our wildlife, at a time “when the Palaszczuk Government is doing so much to protect the Great Barrier Reef”.

So what are they going to do about it?

There will be some uphill battles to face, and NSW Environment Minister Mark Speakman said the next steps for the government at the roundtable are discussing jurisdictional experiences, lightweight vs boutique bags, and citizen science.

“Minister Miles and I have expressed a commitment to continue working towards a harmonised approach to reducing the amount of plastic that makes its way into our marine environment. The steering group is a significant step towards achieving our aim,” Mr Speakman said.

Victorian Parliamentary Secretary for the Environment Anthony Carbines said the roundtable provided an opportunity to learn from the experience of other jurisdictions, such as South Australia, which has already implemented bans on plastic shopping bags.

Other options being considered include placing a levy on plastic bags, creating an education campaign highlighting the danger plastic bags present to the environment and mandatory labelling to inform consumers about their environmental impact.

Another possibility is that they might impose bans similar to South Australia, the ACT, Northern Territory and Tasmania, which have already banned lightweight plastic bags.