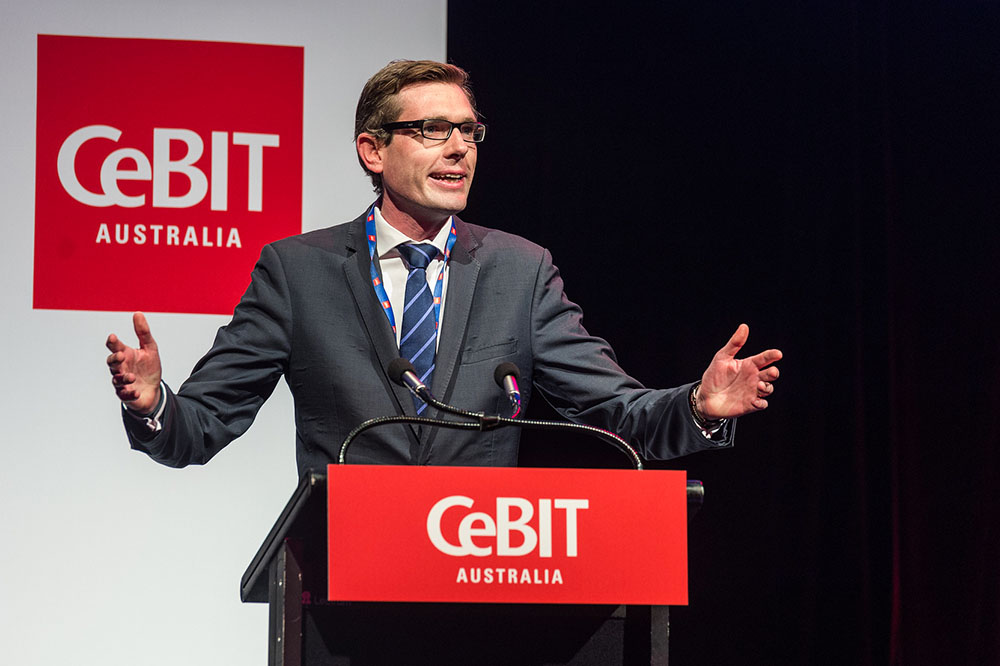 For decades, governments have had to educate an aging population on the benefits of technology, but now they face a new generation of ‘millennials’ who know more than they do.

That was the theme that was set by New South Wales Minister for Finance and Services Dominic Perrottet at CeBIT Australia in Sydney on 5th May, 2015, where he highlighted the big challenges that governments face in meeting the demands in delivering better services to a newer generation of more tech-savvy citizens.

If Mr Perrottet’s speech was delivered decades ago, it would have sounded more like a “those damn kids” routine, but his apparent insight into how younger people think makes him much more cluey into how governments can bridge the gap between their lagging services and the instant demands of those born between 1980 and 2000.

He defined them as a generation forged in times of economic crisis, “they are sceptical of big government and more likely to be social entrepreneurs than public servants”.

Basically, the kids of today are more laissez-faire than their parents in their daily lives, but they want government and authority to be more organised. An interesting and almost self-contradictory state of being.

Mr Perrottet led the charge of what would be the big thematic drive of the entire CeBIT 2015 event, which was the digitisation of everything that people take for granted, be it entertainment consumption, retail, transactions, filling out forms and the delivery of government services.

He used his presentation as a springboard for a new feature on the Services NSW website that will help people jump the queue and get the services they need much faster by publishing the waiting time of the government’s one-stop shop service centres.

It’s a small step in a larger, more digitally integrated world, and it’s finally catching up with an emerging population that knows what it wants, and it wants it five minutes ago.

One of the major points that Mr Perrottet underlined was that millennials are a significantly different kind of people that governments are used to dealing with because of their “digital native” status, making them younger than the internet itself.

And governments will have to deal with them and their potentially even more technologically shrewd offspring for a very long time, as in 2025 they are expected to make up about 75 per cent of the workforce.

And thus their technological know-how puts them ahead of how governments have been traditionally operating, which are not only slow and cumbersome, but also a dirty word for Gen-Ys unless they’re part of the hipster movement – analog.

“This generation will not tolerate governments who still inhabit an analog world,” Mr Perrottet said.

To underscore his point, he quoted a recent article in The Atlantic that said “they have no patience for inefficiency, stodgy institutions or the status quo”.

“Unfortunately, that includes many of the governments here in Australia,” Mr Perrottet said.

He referred to research from Adobe and Deloitte Access Economics due in July, that said there is a dividend of hundreds of millions of dollars governments can reap simply by digitising basic services.

He illustrated the analog practices that are traditional artifacts from a bygone era, where the researchers estimate that there are over 10,000 paper forms in the NSW government alone.

The cost of all this is staggering, being up to $12 million for a single for submitted 300,000 times because of data entry, scanning, filing and storing.

The numbers don’t stop there, as it is estimated that the NSW government spends about $50 million on postage annually.

“That’s a lot of letters to be sending in the digital age,” Mr Perrottet said.

That amounts to nearly 3,000 keyboard operators employed to enter the data, “just a fraction of the 50,000 estimated nationwide”.

“Millennials meanwhile live in a world where checking voicemail is seen as a thing of the past. It’s no wonder then, that nearly two thirds of them think government is inefficient and wasteful,” Mr Perrottet said.

His point about millennials being more sceptical of big government and more entrepreneurial contrasts with the apparent enthusiasm that modern young people across the world have had for the presidency of Barack Obama and his controversial big government policies – but his more passive approach to foreign relations and the all-important “cool factor” might have more to do with that inconsistency.

And despite their keen support for a statesman overseas, governments in Australia are dealing with a generation that’s uninterested in the process of governance.

Mr Perrottet said it’s not surprising that governments are not modernised when political parties are also “behind the pack”.

“Political parties – like my own Liberal party – are often complaining youth are disengaged,” he said.

He said if you go to their website and try to join, “you are presented with some kind of PDF form that you have to print out, fill in the details, sign and then mail back in”.

“I guess if you’re lucky enough to have a digital signature around you can whack that on there and email it back – but for a generation whose primary form of exercise these days is simply swiping left or swiping right, they are simply not going to bother.”

This cheeky Tinder reference was met with an anxious snicker in unison.