Assange on building a civilisation based on truth 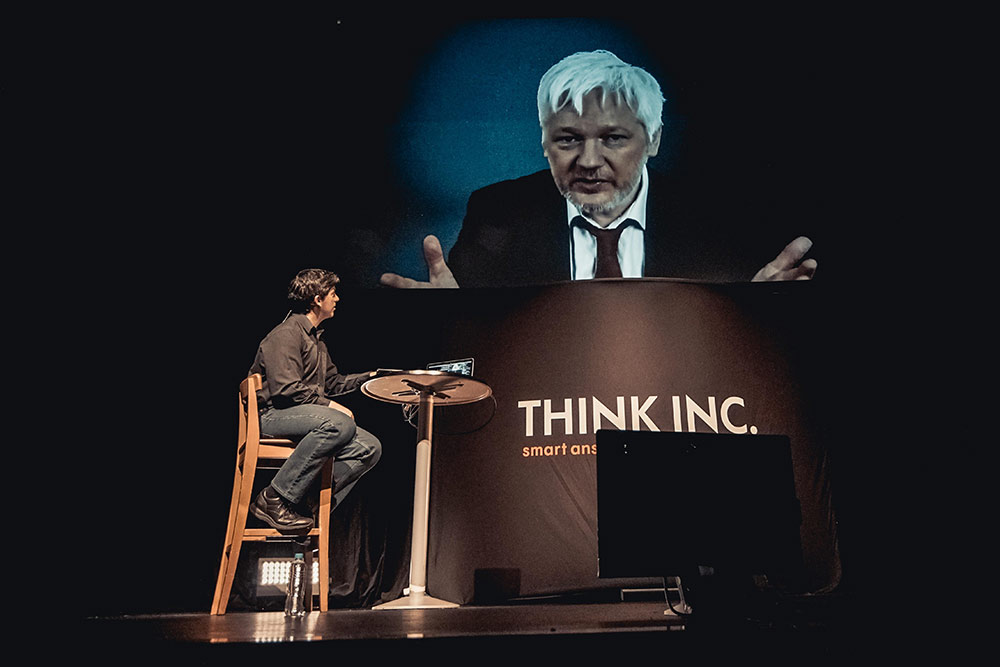 Julian Assange, a name that inspires dread or adulation, depending on who you ask.

If you’re a government official, intelligence operative or business professional, it’s likely you view the founder of Wikileaks with caution and suspicion.

However if you work in the media sphere, you hold a strong sense of democratic philosophical values, or you’re just a regular person who even mildly distrusts authority, Mr Assange has ascended to the status of modern folk hero.

Almost like a Robin Hood/Guy Fawkes type, who struts his deep knowledge of internal government affairs, Mr Assange has made an international name for himself by leaking classified and confidential information, including e-mail correspondence between high-profile political figures, housed in private and government servers.

His most notable leaks were the recent John Podesta/Debbie Wasserman-Schultz emails in the lead up to the 2016 United States Presidential Election, which revealed that the Democratic Party establishment allegedly sideswiped the popular presidential candidate Senator Bernie Sanders in favour of Hillary Clinton.

His actions in obstinately revealing state secrets or political party conflicts have made him a thorn in the side of not just officials who’ve been left red-faced by leaked comments that were never meant to go under public scrutiny, but also the global intelligence community whose members have set up every firewall imaginable to prevent exactly what he does.

Essentially a fugitive these days, he made light of his unusual situation at seeking refuge at the Ecuadorian Embassy in London and that he never uses e-mail at an historic event in Sydney hosted by Think Inc. in February, 2017, where he was interviewed via live internet video feed by The Chaser’s Chas Licciardello.

GovNews attended the event and delivered live Twitter coverage of the interview.

For those not in the know, he can’t physically leave the Embassy without being arrested and extradited due to an overseas claim of sexual harassment.

Again, depending on who you ask, the claims against him are rather dubious. Mr Assange dismisses them as “rubbish”.

There are still a many who aren’t familiar with WikiLeaks, and their first impression might conjure an image of a group of ragtag computer hackers like the notorious ‘Anonymous’ group. But Mr Assange’s description of Wikileaks is relatively benign, labelling it as a “small, multi-national publishing organisation”.

A peak into Mr Assange’s world reveals a painful whirlpool of despair and paranoia (save for the Embassy Cat who showed up for a pat in the middle of the interview for a few seconds), where his actions have forced him to keep looking over his shoulder and maintain an infrastructure of personal security to ensure his safety against hostile external forces that are eager to see him discredited or eliminated.

Of course, given its actions revealing secrets held by authorities, Wikileaks has been thrown into an array of court cases, where Mr Assange says it’s like running a newspaper as well as criminal cases.

Regarding his leadership of Wikileaks and the philosophy of leaking secret information, he asserted that “you can’t build a civilisation based on falsehoods”.

“At the moment, I’d say that all our political theories are bankrupt, and the recommendations that inform those theories are therefore are not really well grounded,” he says.

And why is that?

Mr Assange reckons it’s because people in power and those in the media don’t understand how modern institutions actually behave, and “if you’re trying to come up with political programs to regulate how modern institutions should behave and reform them, and work out what kind of society we want, what the laws should be, well you’ve got to understand what you’re working with”.

“So Wikileaks is designed to counter that tendency,” he says. “It’s a kind of quaint, old fashioned, enlightened project to produce the base ingredients that we need for rational discourse.”

He also says he doesn’t mind being liked by people, “even bad people”.

One of these “bad people” happens to be Russian President Vladimir Putin, whose government gave American whistleblower Edward Snowden asylum, for which Mr Assange wrote the application, and said the Russian government did the right thing, despite its internal and external problems.

“Similarly, when Sarah Palin went from saying I should be hunted down like the Taliban, we had published her emails,” Mr Assange said.

He said Governor Palin came out about a month ago and apologised, and much more interestingly recommended that people watch the documentary Citizenfour, “so that’s the right thing to do”.

Given that there was a strong bias against the former Alaskan governor in the audience, they were notably silent when Mr Assange said she should be applauded for having the courage for not sticking with the previous position, which he says “can make you look hypocritical, but it’s the right thing to do”.