Are human beings in control of a driverless car? 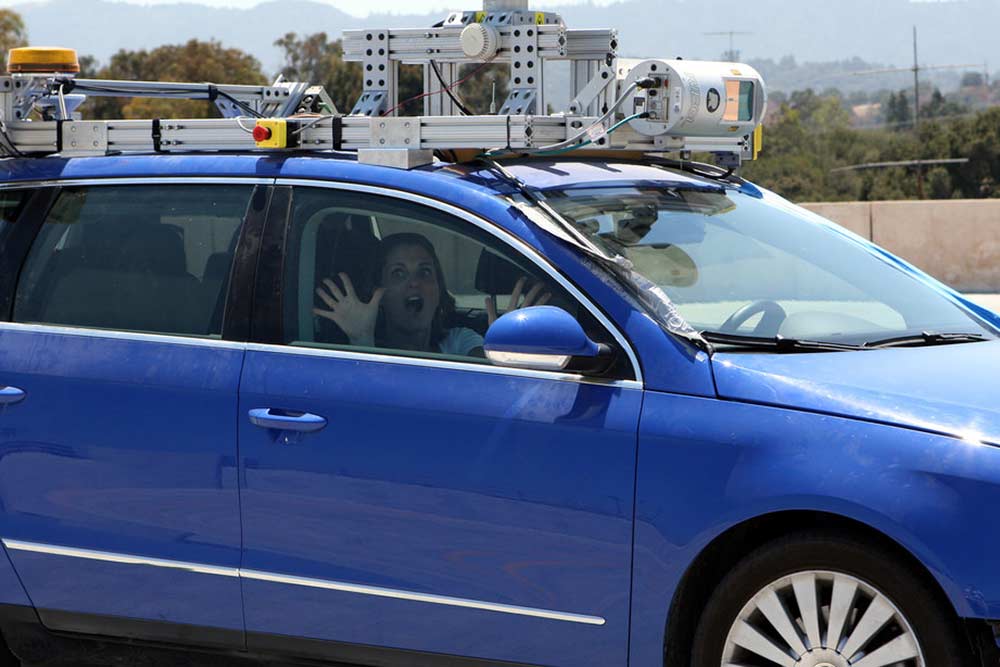 Look! No hands! But are you still responsible for the actions of autonomous vehicle software when you’re the occupant of a driverless car? That’s what a new survey from the federal government intends to find out. Image: Erik Charlton

The National Transport Commission (NTC) has asked for feedback about how existing road rules in Australia apply to driverless cars.

Through the release of a discussion paper from the NTC, interesting parties have been asked to submit their view about ‘how the concepts of control and proper control in the Australian Road Rules’ should apply to automated vehicles.

In the discussion paper, titled Clarifying Control of Automated Vehicles, the NTC basically wants clarification on whether the ‘human driver’ (or chief human occupant of the vehicle would be the proper phrasing?) or the automated driving system is in control ‘at certain levels of driving automation’.

Chief Executive of the NTC Paul Retter said agreement on a position about the definition of ‘proper control’ is a fundamental step in preparing Australia for the safe deployment of automated vehicles.

“Our existing road transport laws are based on the principle that the human driver is in control of the vehicle. Vehicles with an automated driving system that can perform parts of the driving task challenge these concepts of control,” Mr Retter said.

He said we need to arrive at an agreed position early to provide certainty for police and enforcement agencies.

“Agreeing on a nationally-consistent approach is also expected to provide more certainty for consumers, automotive manufacturers and insurers around the question of who may be liable for damages following a crash or incident involving automated vehicles,” Mr Retter said.

He said national guidelines will help ensure drivers are treated consistently in different parts of the country.

According to the NTC, one proposal in the discussion paper considers allowing a driver to supervise automated driving without needing to have a hand on the wheel for certain levels of driving automation.

‘This would include introducing new indicators related to alertness and readiness to intervene,’ the NTC said.

Submissions for this discussion paper are open until 4pm Friday, 2 June 2017 via the NTC website.

Feedback from this consultation will inform the development of national enforcement guidelines which will be presented to transport ministers in November 2017.

This work is part of the NTC’s broader roadmap of reform to prepare Australia for automated road vehicles.