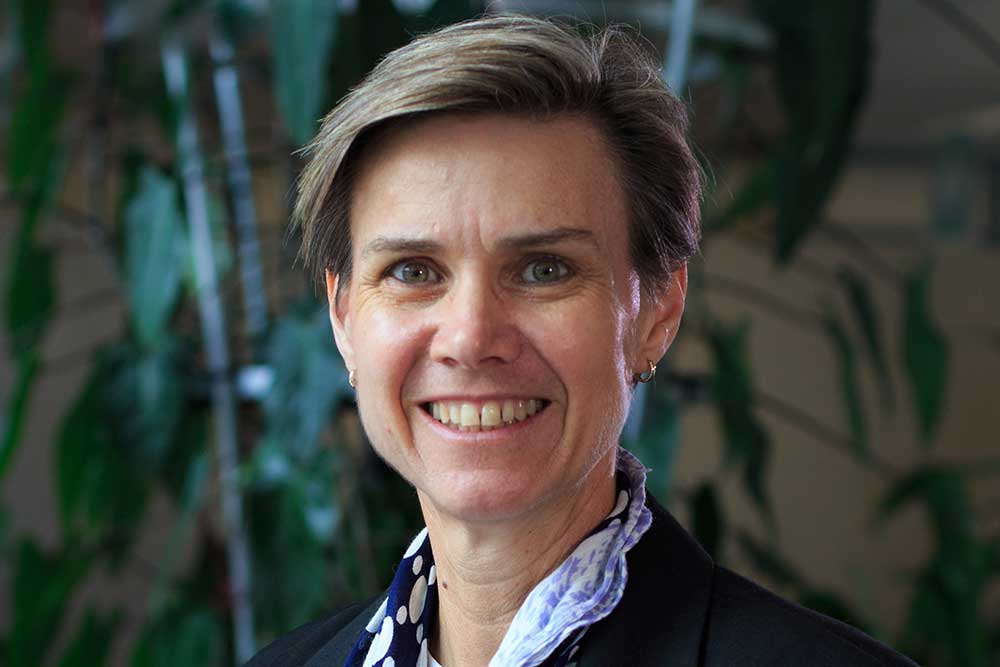 Technology is a cornerstone of good governance in the modern age, and it takes people with know-how to ensure the right tools and the right people are in place to deliver the best services to a highly demanding public.

At the Bureau of Meteorology, that’s where Dr Lesley Seebeck comes in as the Bureau’s chief information officer (CIO).

Though her rigorous efforts in the role, she was recognised as Federal CIO of the year. She has extensive experience in strategy, policy, management, budget, information technology and research roles in the Australian Public Service, industry and academia.  She has worked in the Departments of Finance, Defence, and the Prime Minister and Cabinet, the Office of National Assessments, and as an IT and management consultant in private industry, and at two universities.

Her PhD in information technology considered the temporal behaviour of complex adaptive systems. She has an MBA, a Masters in Defence Studies and a Bachelor’s degree in Applied Science (Physics).

She spoke to GovNews about not only her background and experience, but also what it takes to be a good CIO and the need to give staff the support they need.

What style of leadership have you applied to your role as CIO at the Bureau?

The public service is all about stewardship, about accountability and building capability. That means taking a strategic view of things. I think of myself as an architect, where you transform and build a lot of long term capability. I apply that everywhere I go; it’s not just at the Bureau. Leading is about being able to build capability, as well as coaching and guiding staff. I’m technically not an IT person, but I’ve learned to find good people and look after them, to ask the right questions, and to give staff the go-ahead to do their job, and hold them accountable.

There often seems to be an assumption that leaders know everything – that is not at all the case. Instead, I argue, leadership being able to make judgements, take responsibility and make the call. I very much want to make sure people are protected and they’re able to make the best of themselves.

Last, you need to set a strategic vision. It’s very easy to get caught up in the technology, you can forget about what you’re trying to achieve. As far as I’m concerned, technology is a means to an end – it’s certainly a driver to lots of change at the moment, but you want to make sure that you’re delivering a better service and outcome for users and making the most of what’s available.

What important lessons did you learn from your time at the Department of Finance and how have your applied this knowledge to the Bureau?

In each role, you bring lessons learnt from experience and in my case, from my own research. In Finance, you learn to follow the money. Resources are an important incentive and driver of behaviour. To understand why an organisation is not functioning as well as it might, you need to follow the money, to look at the people and the culture, as well as the processes. Also, you should never assume that you know better than the people actually doing the work. There are a lot of good people out in the public service, trying to get the best outcomes. But you have to test assumptions–they may be unacknowledged, no longer applicable or deeply insightful–and that’s something to test whether in Finance or in my current role.

You also learn to focus on the whole-of-government approach and outcomes – it’s very easy for silos to develop, not just within departments, but between departments too. One of the great things about working in a central agency like Finance, or as I had earlier, Prime Minister & Cabinet, is that you can see the whole system, and start making those connections, and start thinking in terms of systems and systems-of-systems. You’re constantly looking at outcomes. That’s important: a lot of the public service has been very geared towards input – how many people you have, what’s the money to be spent on, and so on. You have to turn that around and ask what outcomes are we trying to achieve and judge results and value from that point of view.

You also learn how government works – when you’re from the outside, that can be a mystery. To understand what the processes are. It’s difficult to understand unless you’ve actually been in it.

What’s your broader vision for the Bureau in the future? In what ways can services be improved?

The Bureau has so much potential. It’s so useful that it’s value is just assumed: people look up and say “it’s just the weather”, but then you start to realise how much the weather shapes behaviour. In modern society, we’re largely protected from the natural elements–yet at the same time, our society ands economy are increasingly sensitive to natural events. That we are injured to the weather is largely because places like the Bureau have done such a good job in understanding the environment and in forecasting. The latter is a core skill: met agencies are often held up as being the exemplar of how to do good forecasting. The challenge for us is that the weather is getting more extreme, but also the technology that is sensitive to weather as we’re instrumenting our systems, such as supply chains, agriculture and urban environments.

The Bureau has been developing a new strategy, focusing on the impact and value of its services, as well as innovation, operational excellence and cultural aspects. Reflecting on some earlier work I did, it’s all about getting the right information, to the right people, at the right time and in right place. It’s about understanding your customers a lot better: I expect a lot more customer engagement to understand their decision-making processes. And it’s about ensuring we get the data to them in a way that’s flexible and meets their needs.

A core part of your role is to face Senate Estimates on a frequent basis – what sort of preparation needs to go into meeting that task?

Estimates is being a core part of our democracy: the opportunity to inform both the public, their representative and decision-makers in the community. It can be combative, but that’s part of the process. The APS is impartial and serves the government of the day.

My personal approach is to ask myself what people are going to want to know, whether it’s the public or their representatives, and what are the core questions they’re likely to ask? It’s also an opportunity to inform them about some of the good things that we do. You simply present the best information you have at the time.

Your recognition as the federal government’s CIO of the year is an important one – what were the challenges and circumstances you faced that led to that win?

When I came into the Bureau about three years ago, we’d just been provided some funding from government to renew our core critical capability, the supercomputing capability that drives the numerical weather forecasting. We absolutely had to get it right because the current supercomputer was already beyond life. High performance computing, supercomputing, is like dealing with the Ferrari of computation: it’s a highly tuned machine, requiring highly specialised skills, an ecosystem of support around it, and requiring a lot of time and energy.

I put our achievement down to having some great people and a strong team, and supporting them. We ended up with a terrific vendor, Cray, who have been highly supportive. The other things were maintaining strict discipline over the budget, making hard calls when needed, and keeping our focus on the outcome we needed to achieve.

Any tips for other CIOs or anyone hoping to become one?

I think being a CIO is very exciting at the moment. We do have to get out of the mindset that it’s just about the technology – it’s not, it’s about the people and ultimately it’s about the outcome you’re trying to provide to the Australian people, the Australian public and the nation. So partner with the business, find great people and look after them, understand the trends, think strategically, be prepared to make the calls and move quickly, and keep in mind the value you are providing to your customers.